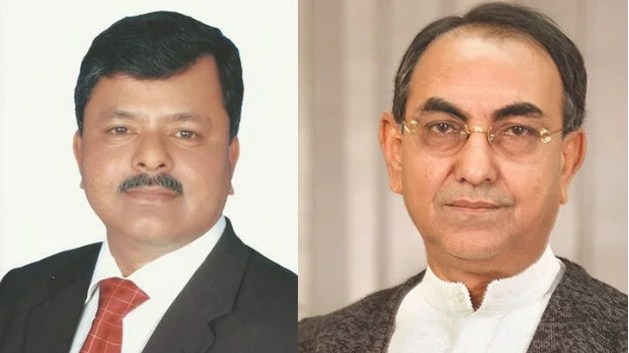 Nine years after his disappearance, BNP standing committee member Mirza Abbas on Saturday gave new information about BNP leader M Ilias Ali. He blamed some of the leaders inside the party behind the disappearance of Ilias Ali.
Without mentioning the names of those leaders, the BNP standing committee member said, many people know these people hiding inside the party.  Awami League government did not abduct Ilias Ali, continued Abbas.
Mirza Abbas made the comment while speaking as the special guest at a virtual discussion meeting on Saturday afternoon.
Sylhet Bibhag Jatiyatabadi Sanghati Sammeloni-Dhaka arranged the discussion seeking quick recovery of BNP chairperson Begum Khaleda Zia’s illness and demanding of getting back BNP organizing secretary M Ilias Ali.
BNP secretary general Mirza Fakhrul Islam Alamgir joined the virtual discussion as the chief guest.
Ilias, the then organising secretary of the BNP, went missing along with his driver Ansar Ali from the city’s Banani area on April 17, 2012. BNP was blaming the government for the incident so far.
Ilias went missing along with his driver in Dhaka’s Banani area on April 17 in 2012. The BNP had been complaining for so long that the government had kept him missing. A week-long hartal was observed at Bishwanath in Sylhet at that time demanding the finding of the BNP leader.
Addressing the party secretary general on the disappearance of Ilias Ali, Mirza Abbas said, “The night before Elias’s disappearance, he had a heated argument with a man at the party office. Elias hurled abusive words towards him. The snakes that bite from behind are still staying inside my party. If they are not expelled from the party, then the party will not be able to move forward under any circumstances.”
Mentioning that he got the news of Ilias Ali’s disappearance from 1.30 pm to 2.45 pm that day, Mirza Abbas said, “After receiving the news of the disappearance, those who were known were contacted and said that Ilias Ali had been taken to Chittagong. The most interesting matter is the whereabouts of the police officer have not been found yet of whom Ilias Ali was taken. None of you know this news.
“The police officers who were in the police car could not be found even today. The driver of Ilias Ali was also not found. So who did this?” he continued.
Mirza Abbas further said, “I know Awami League government did not abducted (Ilias Ali). So who did the disappearance? I want to know this from the government.”
“A lively political leader went missing from inside the country. One of our leaders was trafficked out of the country, he is Salauddin. Our Chowdhury Alam was disappeared. Many of our boys fell as the victims of disappearance. I realized this government did not do it. Who did it? Those who did, cannot be judged? Those who have done it, do they not want the independence of this country? They will not allow freedom, sovereignty to remain in the country,” said the BNP leader.
2021-04-17
Mr. Admin
Previous: Power Sharing Can Help to Establish the Rule of Law
Next: 2 held with touchstone statue in Habiganj