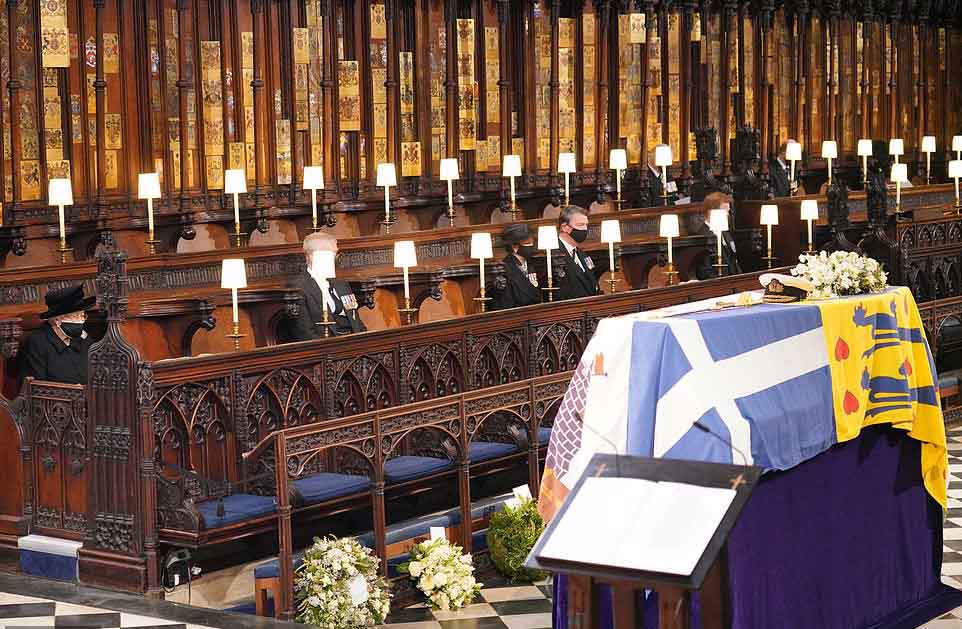 Only 30 people, including his widow Queen Elizabeth, were allowed to attend, due to concerns over the coronavirus pandemic. The ceremony saluted both his service to the Royal Navy and support for the UK monarch.

Mourners gathered to remember Prince Philip at a funeral inside St. George’s Chapel at Windsor Castle on Saturday.

What happened during the ceremony?

Prince Philip’s coffin, draped in his personal standard and topped with a wreath of flowers, was carried by a group of royal guards into the quadrangle of Windsor Castle. Prince Charles and Princess Anne and other senior royals then led a procession behind his coffin, which was transported by a modified Land Rover hearse to St. George’s Chapel.

Members of the royal family surrounded Philip’s coffin at the chapel, with Britain observing a minute of national silence at 3 p.m. (14:00 GMT/UTC). The coffin was then brought inside the building for the service, as organ music played.

“We are here today in St. George’s Chapel to commit into the hands of God the soul of his servant, Prince Philip, Duke of Edinburgh,” Dean of Windsor David Conner said at the beginning of the service. Queen Elizabeth sat alone in the chapel during the ceremony.

Choral music from a four-member group of singers in the chapel then followed Conner’s remarks, with the group performing several hymns during the service.

Later in the service, Philip’s coffin was lowered into the royal vault, a burial chamber underneath the chapel, as bagpipe music played. The Archbishop of Canterbury then gave the blessing.

As the ceremony came to a close, the choral singers performed “God Save The Queen,” the British national anthem. Members of the royal family then departed the chapel. 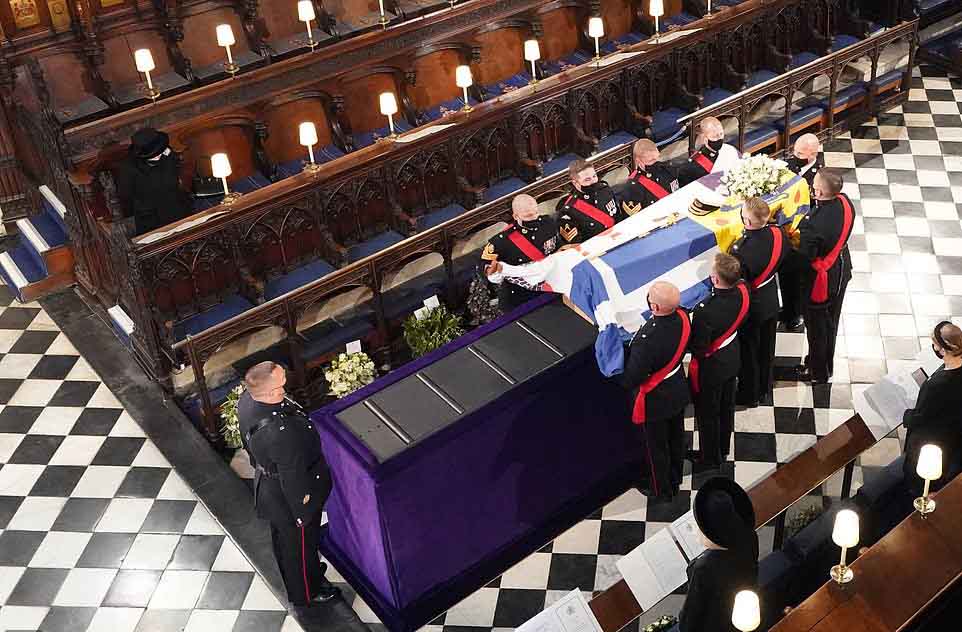 Funeral scaled down due to COVID-19 restrictions

Instead of the initial plans for 800 mourners, just 30 people attended the ceremony due to coronavirus restrictions. Those attending included the widowed queen, her four children and eight grandchildren.

“This service had to be hastily scaled back in order to remain in line with COVID restrictions here in the UK,” said DW correspondent Charlotte Chelsom-Pill.

“The public is being asked to stay away from Windsor Castle and all royal residences.”

To deter crowds from gathering during the pandemic, the entire procession and funeral took place within the grounds of the castle, a 950-year-old royal residence about 20 miles (30 kilometers) west of London. It was also broadcast live on television.

However, people still turned out at Windsor, prompting barriers to be put up along the Long Walk to the castle gates, patrolled by uniformed and armed police. 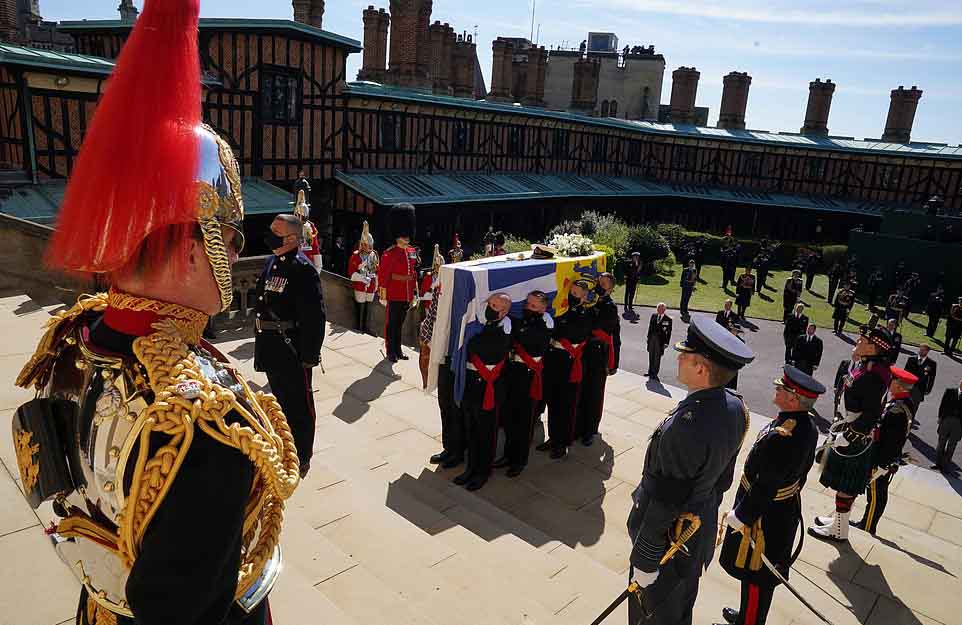 A man of ‘courage, fortitude and faith’

Philip was remembered as a man of “courage, fortitude and faith” at the funeral, which saluted both his service in the Royal Navy and his support for Queen Elizabeth II.

Philip, who died on April 9 at the age of 99, was buried in the Royal Vault at Windsor following the ceremony. When Queen Elizabeth II dies, Philip’s body will be transferred to lie alongside her in the King George VI memorial chapel, which houses the remains of her father, George VI, her mother and the ashes of her younger sister, Princess Margaret.

The prince, also known as the Duke of Edinburgh and described by royals as the “grandfather of the nation,” died just weeks after being hospitalized for treatment of a heart condition.

Ahead of the funeral, Buckingham Palace released a photo of the queen and Philip, smiling together on blankets in the grass in the Scottish Highlands in 2003. The palace said the photo was a favorite of the queen.

Philip’s death, which came after 73 years of marriage, has left a “huge void” in the queen’s life, the couple’s second son, Prince Andrew, said last weekend.

Supporters of the royal family took to social media to express their condolences.

“Thanks for your loyalty to the Queen, & keeping us all entertained over many years. Prince Philip, Duke Of Edinburgh,” one user posted.