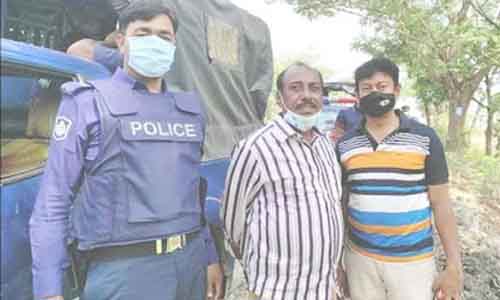 Narayaanngj’s Shambhupura union chairman Abdur Rouf was arrested on Monday in a case filed for attacking police and vandalising a resort at Sonargaon in the district on April 3.

Police arrested Abdur Rouf in a raid in the union parishad office in Sonargaon upazila on Monday afternoon.

On April 3, local people besieged Room No 501 on the 4th floor of Royal Resort in Sonargaon where Hefazat-e-Islam Bangladesh Joint Secretary General Mamunul Haque along with a woman was staying. He claimed that the woman was his second wife.

Earlier on Sunday, Sonargaon municipal councilor Farruq Ahmed Tapon was arrested in a the same case.