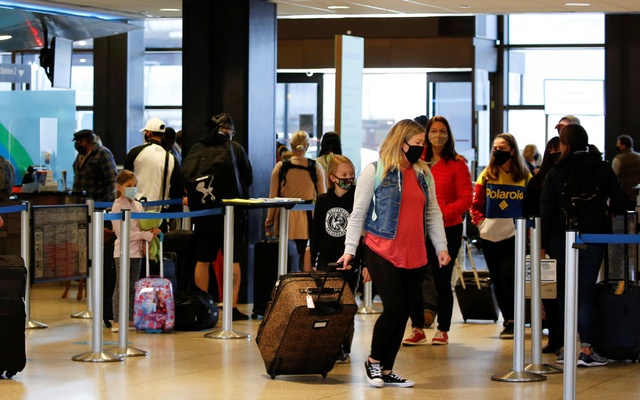 The US State Department has added at least 116 countries this week to its “Level Four: Do Not Travel” advisory list, putting the UK, Canada, France, Israel, Mexico, Germany and others on the list, citing a “very high level of COVID-19.”
On Monday, the State Department said it would boost the number of countries receiving its highest advisory rating to about 80% of countries worldwide, reports Reuters.
Before Tuesday, the State Department listed 34 out of about 200 countries as “Do Not Travel.” The State Department now lists 150 countries at Level Four. It declined to say when it would complete the updates.
The State Department said on Monday the move did not imply a reassessment of current health situations in some countries, but rather “reflects an adjustment in the State Department’s Travel Advisory system to rely more on (the US Centres for Disease Control and Prevention’s) existing epidemiological assessments.”
The recommendations are not mandatory and do not bar Americans from travel.
Other countries in the “Do Not Travel” list include Finland, Egypt, Belgium, Turkey, Italy, Sweden, Switzerland and Spain. Some countries like China and Japan remain at Level 3: Reconsider Travel.”
Most Americans already had been prevented from travelling to much of Europe because of COVID-19 restrictions. Washington has barred nearly all non-US citizens who have recently been in most of Europe, China, Brazil, Iran and South Africa.
On Tuesday, the United States extended by a further 30 days restrictions in place for 13 months that bar non-essential travel at its Canadian and Mexican borders.
Nick Calio, who heads Airlines for America, a trade group representing major US carriers, told a US Senate panel on Wednesday that policymakers needed to find a “road map” to reopening international travel.
Earlier this month, the CDC said fully vaccinated people could safely travel within the United States at “low risk,” but its director, Rochelle Walensky, discouraged Americans from doing so because of high coronavirus cases nationwide.
2021-04-22
Mr. Admin
Previous: Shilpa Shetty talks about lockdown stress in new post
Next: Lockdown: Private cars rise on Dhaka roads