No chance of food crisis, if Boro harvest successful: Razzaque 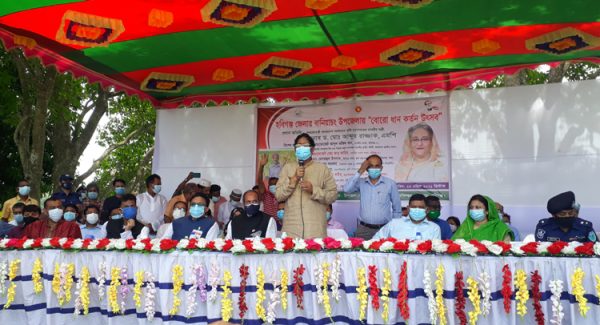 Agriculture Minister Dr M Abdur Razzaque said that there would be no food crisis in the country if farmers can successfully harvest Boro crop this year.

“There would be no food crisis in the country…if Boro crop throughout the country including the Haor can be harvested successfully,” he said as the chief guest while attending Boro harvest festival at Jatrapasha of Baniachong upazila under Habiganj. 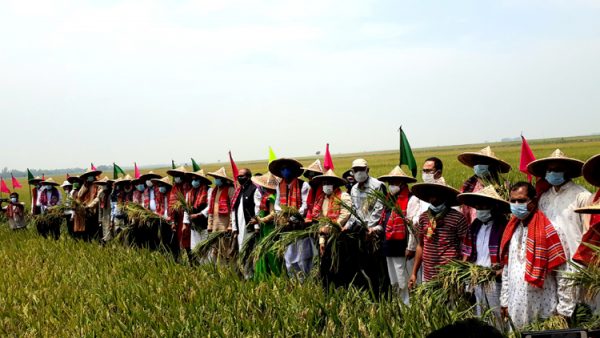 Baniachong Upazila Administration and the Department of Agricultural Extension (DAE) jointly organized the function.Amid the corona virus pandemic, the minister said the present government led by Prime Minister Sheikh Hasina is working firmly to eliminate food scarcity in the country.

Regarding the current Boro production, Razzaque said, “We are hopeful that our Boro production will cross the target while the rainfall this year was not up to the mark.”

The government will take up various programme for raising food production in the Haor areas, he said, adding that “only a crop is now being produced on the huge tract of land in the Haor areas.” 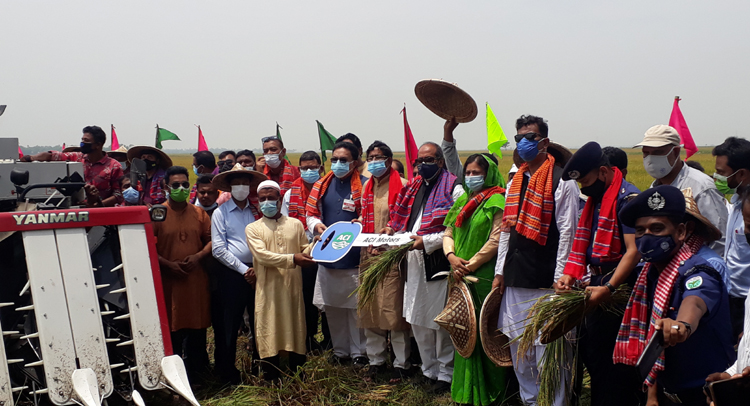 Moreover, the government will distribute developed variety hybrid rice for increasing productivity in the Haor areas, the minister said.

Later, the minister inaugurated the Boro harvest in the Haor areas of Baniachong upazila and distributed combined harvesters and reapers among the farmers.

The minister also visited the regional office of BRRI.

Regarding rice price hike, the minister said although the Boro production in the last year was good, but excessive downpour and long time flood during the Aus and Aman season had affected the overall rice production in the country.