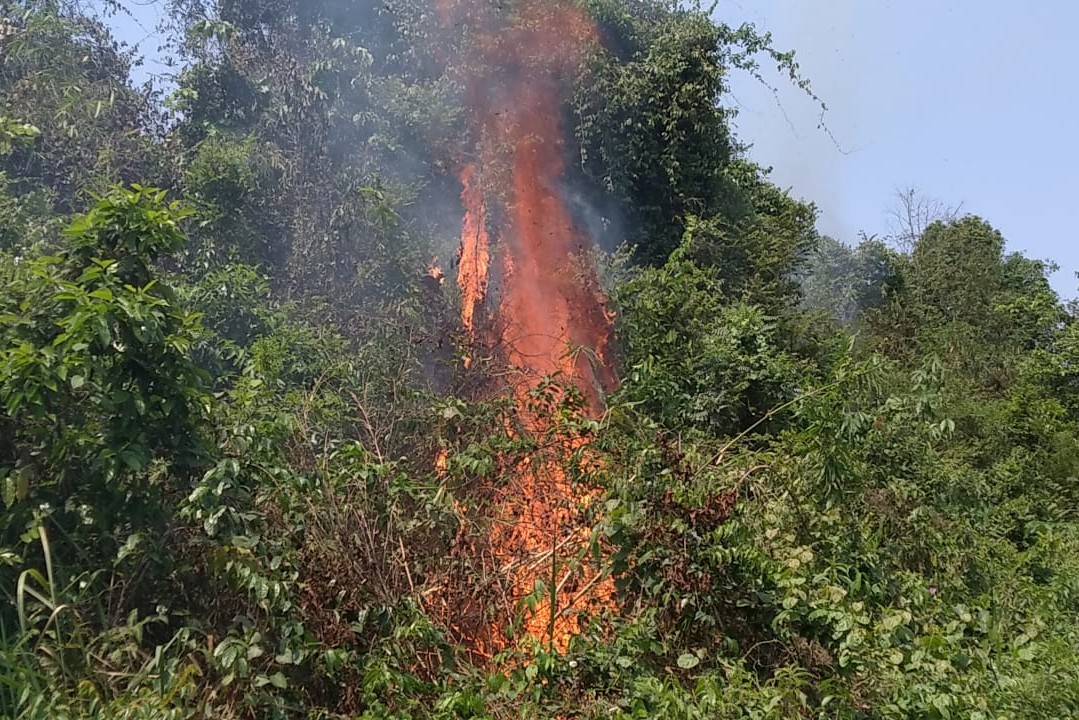 A fire broke out at the Lawachara forest in Moulvibazar on Saturday, April 24, 2021

A fire has broken out at the Lawachara forest in Moulvibazar.

The incident occurred at the Baghmara Camp area of the forest at around 2pm on Saturday.

Locals suspect that a vested group intentionally, in a planned way, started the fire to grab land of the forest. 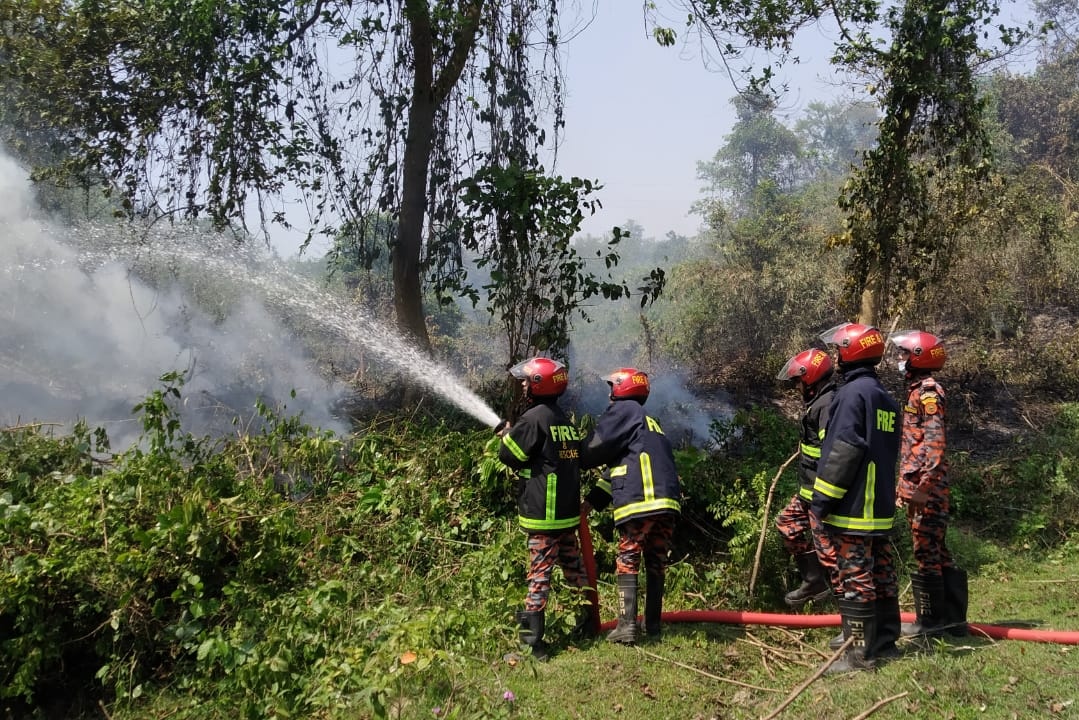 Fire service officials trying to douse a fire that broke out at the Lawachara forest in Moulvibazar on Saturday, April 24, 2021

According to fire service sources, the fire, which is yet to be brought under control, has done substantial damage to the trees and biodiversity of the Lawachara forest.

A team led by Forest Beat Officer Mizanur Rahman of the Wildlife Management and Nature Conservation Division is working on the scene.

Motaher Hossain, a forest guard at the Baghmara Camp, said: “I don’t know how the fire started. The damage done by the fire cannot be measured until it is completely doused.”