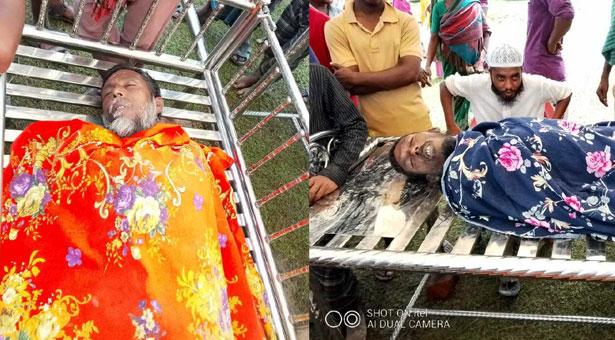 Two brothers were killed and three other persons critically injured after lightning struck them at Dirai upazila in Sunamganj district on Wednesday morning.
The deceased were identified as Fakhrul Islam, 47, and his brother Fazlu Mia, 45, residents of Muradpur village in Bhatipara union under the upazila.
Locals said lightning struck in the morning when they were working in agricultural land in the village, leaving the duo dead on the spot and three others critically injured.
Confirming the matter, Dirai Police Station officer in-charge (OC) Azizur Rahman said police were sent to the spot.
Lighting strikes are common in Bangladesh. Nearly 250 people were killed by lightning between February and September 2019, according to official statistics. In 2018, some 359 people died in lightning strikes.

In 2015, the Bangladesh government declared lightning as a natural disaster.