Don't Miss
Home / Life Style / What’s it like in the best place to live during Covid?

What’s it like in the best place to live during Covid? 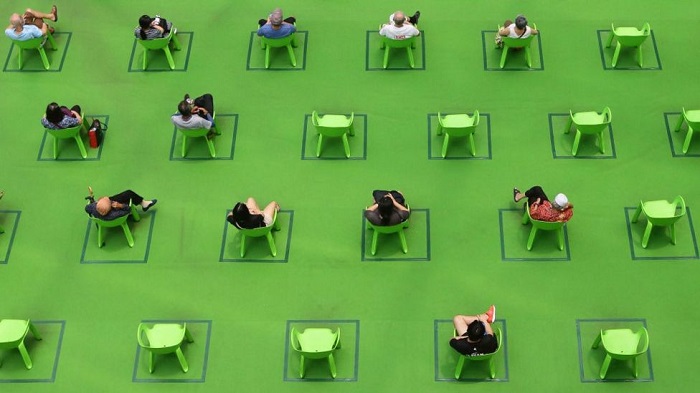 As several countries see a devastating resurgence in Covid cases, one tiny Asian island has emerged as the best place to ride out the global pandemic.

This week, Singapore topped the Bloomberg Covid Resilience Ranking, knocking out New Zealand which has ruled the chart for months. The list considers factors ranging from Covid case numbers to freedom of movement.

Bloomberg cited Singapore’s efficient vaccination programme compared to the slow rollout in New Zealand as the chief reason for the change in position.

So what’s it like to live in the best place in the world during these uncertain Covid times? And is it really all that it’s cracked up to be?

A near-normal life and deep dissonance
OK, it’s mostly true. Life in Singapore can be pretty good – though I say this with some big caveats.

In recent months, apart from small outbreaks that have been swiftly quashed, there have been nearly zero daily community cases – though just this week several new cases emerged and restrictions were promptly tightened.

Strict travel rules and border security have meant that imported cases are generally stopped in their tracks, with arrivals whisked away to isolation immediately.

Life is near-normal: I can see my family anytime or meet friends for dinner at a restaurant, though we can’t be more than eight people. Masks are mandatory everywhere, even outdoors, though you can take them off while exercising or eating.
Many of us are back at work in a socially-distanced office, and you can catch a movie, watch a concert, or go shopping – as long as you wear your mask and check in on a contact tracing app.

Schools and childcare centres are open, and on the weekend I can take my children anywhere – though many venues have reduced capacity to ensure social distancing, so planning for the weekend is much like preparing for a military exercise (I’m the hapless soldier, my kids are the generals).

About 15% of our population has been fully vaccinated since the start of the year. This statistic is partly due to a small base – there’s only about six million of us – but also because of a well-run rollout, high trust in the government, and dwindling vaccine hesitancy.

So we’re safe, and doing well – mandatory mask wearing, aggressive contact tracing, and prolonged restrictions on travel and large gatherings have all helped, as does the fact that we’re an island with easily-controlled borders, large financial reserves, and a ruthlessly efficient system.
But at the same time, there’s a deep dissonance in the idea that we’re the best place to live right now.

Many in Singapore enjoy freedom of movement, but that’s not the case for the hundreds of thousands of migrant workers who are still mostly confined to their workplaces and dormitories, following mass outbreaks last year due to cramped and unsanitary living conditions.

They have to seek permission from their employers if they want to leave their dorms, and mostly socialise in government-approved recreation centres.

All this is necessary to protect the rest of the country as there is a “real and significant” risk of another outbreak in their community, the government has argued. This is not untrue, given that many workers continue to live in more crowded housing than most Singaporeans, even after efforts to improve their accommodation.

But it also underscores the bitter fact that for all its talk of equality, Singapore still remains a deeply segregated society.

“Because the migrant workers lack political power, it somehow becomes socially acceptable that they bear the brunt of our policy failures.

“New Zealand may also be near the top of the Covid Resilience list, but it did not trample on people’s rights. It’s not just about the result, but the means of how we get there.”

2021-05-01
Mr. Admin
Previous: Doctor among 12 die as Delhi hospital runs out of oxygen
Next: Students should read all kinds of books, Dipu Moni says

Glycerin for the skin: Is it beneficial?

Mental health: Can you tell if someone is struggling?

Madhuri Dixit shares video on essentials at home against Covid-19

Coronavirus in kids: Children at risk of long Covid