26 killed as speedboat collides with bulkhead in Madaripur 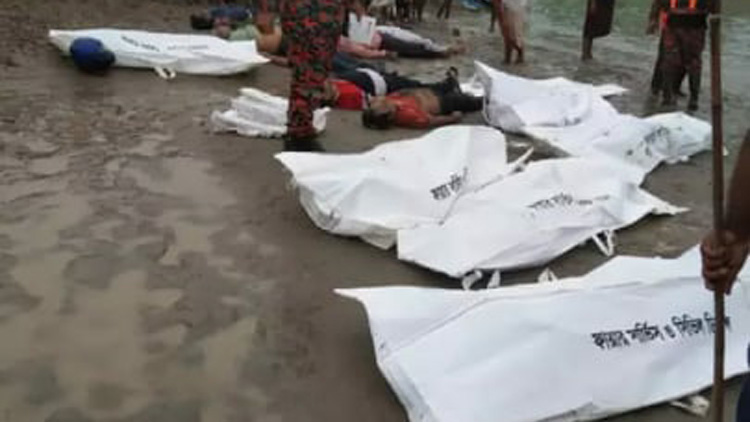 At least 26 people were killed as a speedboat overturned after hitting a sand-laden bulkhead anchored in Padma at Kathalbari Ghat area near Banglabazar Ferry Ghat in Madaripur’s Shibchar upazila on Monday morning.

Besides, five people were rescued alive from the spot and taken to Shibchar Upazila Health Complex
One of the deceased was identified as Taher Ali, 35, a resident of Rajor upazila in Madaripur.

The speedboat carrying around 30 passengers left Shimulia this morning and when it reached old terminal at Kathalbari, one kilometre off Banglabazar Ferry Ghat area, around 7:00am, it sank following a collision with the bulkhead, Officer-in-charge (OC) of Shibchar Police Station Miraj Hossain, said.

All the deceased — one female and 25 male — were passengers of the speedboat, he said

District and naval police, divers of Fire Service and Civil Defence, ferry ghat authorities along with locals are conducting the rescue operation.