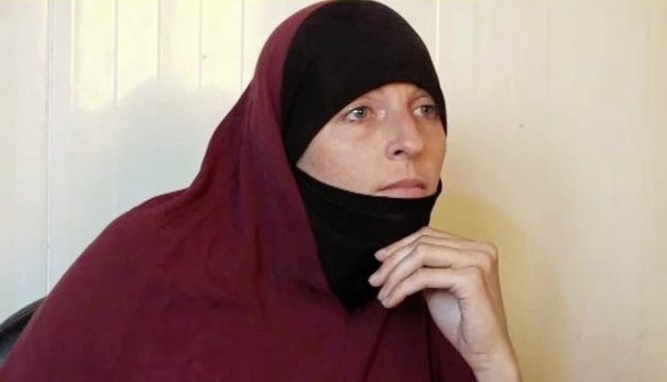 An Irish woman alleged to be a so-called Daesh bride has won a court case which will let her challenge an exclusion order blocking her from entering the UK.

Lisa Smith, 38, traveled to Syria several years ago to allegedly become the second wife of British Daesh soldier Sajid Aslam, with whom she had a child.

Smith served as a soldier in Ireland’s Defence Forces before converting to Islam after her first marriage broke down.

She was housed in a refugee camp after the defeat of the terror group until she returned to Ireland in 2019, where she was arrested at Dublin Airport and arrested on suspicion of terror offenses.

She was also served with a notice by the UK Home Office that excluded her from entry to Britain on national security grounds.

Smith took her case to the Special Immigration Appeals Commission (SIAC) in London, saying that she had ties to Northern Ireland and had significant family connections there.

While Smith claimed that her father was born in Belfast, the Home Office argued that her parents were not married when she was born, meaning she was not a British national.

The SIAC on Friday ruled in Smith’s favor and have now allowed her to appeal the decision, saying it was “discriminatory,” the Daily Mail newspaper reported.

Smith’s lawyer, Darragh Mackin, welcomed the ruling, adding that it was “significant” for the Good Friday Agreement.

“Today’s ruling is hugely significant for the upholding of basic human rights principles, which include the right to be free from discrimination,” he said. “The decision to exclude our client was discriminatory and contrary to the basic principles underpinning the Good Friday Agreement.

“As an Irish citizen who resides in a border town, it was always asserted that to restrict her from traveling across the border was unlawful and could not be stood over. We warmly welcome the court’s determination today, which will now reinstate our client’s basic rights to travel to Northern Ireland at her convenience.”

Smith is also facing an additional charge of terrorist financing, the commission heard, relating to an alleged offense in 2015 involving €800 ($970).

She has denied all allegations leveled against her, claiming that she “went to live in Syria” to “learn the teachings of the Qur’an.”

2021-05-07
Mr. Admin
Previous: WHO Approves China’s Sinopharm Vaccine
Next: Khaleda’s fitness to go abroad to be assessed once permission given: Doctor