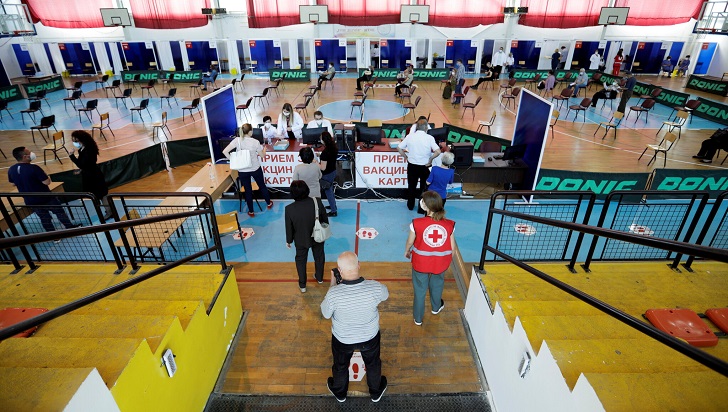 The World Health Organization on Friday approved China’s Sinopharm’s Covid-19 vaccine for emergency use, easing the way for poorer nations to get access to another much-needed shot to help end the pandemic.

The approval allows the Sinopharm vaccine to be included in Covax, the World Health Organization’s global initiative that is designed to promote equitable vaccine distribution around the world.
The need is dire.

Rich countries are hoarding doses. India, a major vaccine maker, has stopped exports to address its worsening coronavirus crisis. Questions about safety after exceedingly rare side effects led some countries to briefly pause using AstraZeneca and Johnson & Johnson doses or change their guidance around the use.

Reliable vaccine access could improve further next week when the W.H.O. considers another Chinese shot, made by the company Sinovac.

Andrea Taylor, who analyzes global data on vaccines at the Duke Global Health Institute, called the potential addition of two Chinese vaccines into the Covax program a “game changer.”

“The situation right now is just so desperate for low- and lower-middle-income countries that any doses we can get out are worth mobilizing,” Ms. Taylor said. “Having potentially two options coming from China could really change the landscape of what’s possible over the next few months.”

But the fanfare may be short-lived. While China has claimed it can make up to 5 billion doses by the end of this year, Chinese officials say the country is struggling to manufacture enough doses for its own population and are cautioning a pandemic-weary world to keep expectations in check.
“This should be the golden time for China to practice its vaccine diplomacy. The problem is, at the same time, China itself is facing a shortage,” said Yanzhong Huang, a senior fellow for global health at the Council on Foreign Relations. “So in terms of global access to vaccines, I don’t expect the situation to significantly improve in the coming two to three months.”

Still, the approval represents a high point in its vaccine diplomacy efforts and a chance to fill the gap left by Western nations and pharmaceutical companies in low- and middle-income countries. Sinopharm is the first Chinese shot to be classified as safe and effective by the W.H.O., and its approval could ease concerns about the lack of transparency from Chinese vaccine companies.

Regulators from China and other countries have approved the Sinopharm vaccine in recent months, though the company has not released Phase 3 clinical trial data for scientists to independently assess.

The W.H.O. was given access to this data before the announcement, but there is limited data on how well the vaccine will work against the many coronavirus variants cropping up around the world.