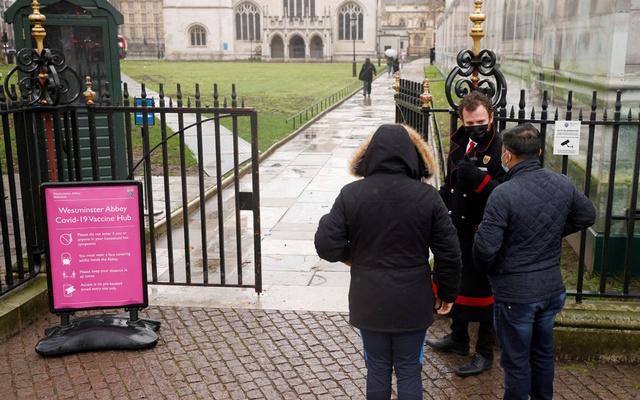 The new coronavirus will no longer be circulating in Britain by August, the government’s departing vaccine taskforce chief Clive Dix told the Daily Telegraph on Friday.
“Sometime in August, we will have no circulating virus in the UK”, Dix said, adding that he believed the vaccine booster programme could be pushed back to early 2022, reports Reuters.
The government is looking at which COVID-19 vaccines would offer the best booster shot for vulnerable people later this year.
Dix told the Telegraph that he expects everybody in the UK to have been vaccinated at least once by the end of July, by which time “we’ll have probably protected the population from all the variants that are known.”
The UK has administered over 51 million vaccines and has been the second quickest country to give a first dose to at least half its adult population.
British officials said people under 40 should be offered an alternative to Oxford/AstraZeneca’s COVID-19 vaccine where possible due to a small risk of blood clots.
The Joint Committee on Vaccination and Immunisation (JCVI)said the advice reflected low levels of coronavirus infection in Britain and the availability of other vaccines made by Pfizer and Moderna.
Dix, who was appointed as interim leader of the task force in December, stepped down from his role last week.
2021-05-08
Mr. Admin
Previous: Nobel laureate Poet Tagore’s 160th birth anniversary today
Next: Indian variant of Covid-19 detected in Bangladesh: IEDCR