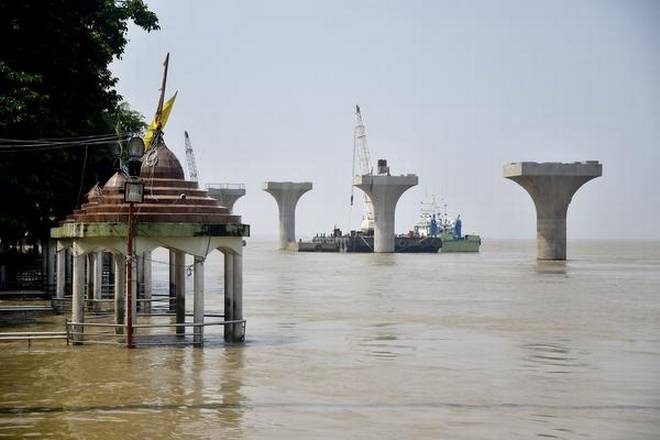 A day after several bodies of suspected Covid-19 victims were found washed up along the banks of the Ganga at Mahadeo ghat in Chausa in Bihar, 71 of them were retrieved and disposed of by the district administration after post-mortem on Tuesday. Tissue and other samples have also been preserved.

The release also said that there was “sufficient fire wood at the Chausa cremation ground for funerals”. The clarification came allegations from villagers that the high cost of firewood had led to many families jettisoning bodies in the river rather than cremating them.

Earlier, the Buxar Superintendent of Police Neeraj Kumar Singh also had told The Hindu that 71 dead bodies were retrieved from the river and “post-mortems were done at the ghat (bank) itself as they were highly decomposed” .

Ram Ashray Yadav, who sells firewood for cremations at the Mahadeo ghat (bank) at Chausa, said, “most of the bodies were buried in a large pit dug up by a JCB machine on the bank of the river.”

Asked how many dead bodies were buried, he said, “It was very difficult to count.”

“But, now no bodies are seen in the river water at the ghat,” he added.

Earlier, district officials had said the bodies found floating in river Ganga would be cremated with dignity by the government.

On Monday, several bodies were found floating in the Ganga at Mahadeo ghat in Chausa of Buxar in Bihar. Buxar shares its border with districts of eastern Uttar Pradesh. The district officials had said the bodies might have floated in from eastern Uttar Pradesh like Varanasi and Allahabad.

“The dead bodies were bloated. They seemed to be in the water for at least 5-7 days. It needs to be investigated from where they’ve come. They could be from Varanasi or Allahabad of UP”, senior official of the district K K Upadhayay had told media persons. Videos of bloated dead bodies had also gone viral on social media sparking outrage and shock among villagers.

Meanwhile, Union Minister of Jal Shakti and MP from Jodhpur Gajendra Singh Shekhawat posted a tweet tagging the chief ministers of both Bihar and Uttar Pradesh — Nitish Kumar and Yogi Adityanath — to take immediate cognizance of such incidents.

“The incident of dead bodies found floating in river Ganga in Bihar’s Buxar area is unfortunate. This is certainly an issue of investigation. The Modi (PM Narendra Modi) government is committed to Mother Ganga’s purity and free flow. This incident is unexpected. The concerned States should take immediate cognisance of it,” tweeted Mr Shekhawat in Hindi.
2021-05-12
Mr. Admin
Previous: Former SP Babul placed on five-day remand
Next: Covid: Will UK vaccine success keep virus at bay?