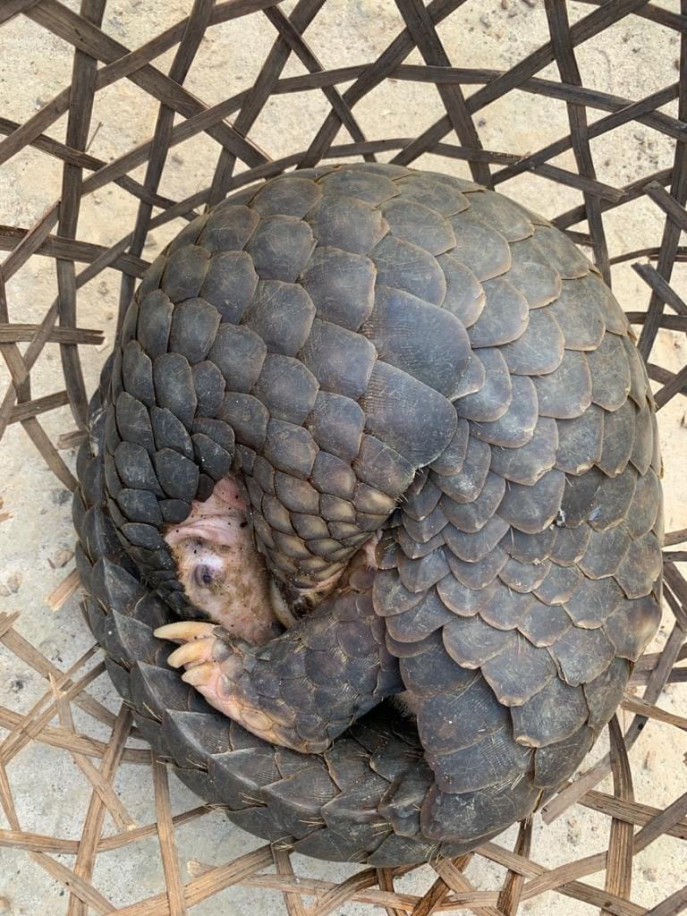 The Department of Forest has rescued an endangered Indian Pangolin from Moulvibazar’s Kulaura in Sylhet on Wednesday.

“We have kept the pangolin at Lawachara Rescue Center,” confirmed divisional Forest Officer Rezaul Karim Chowdhury, adding, “We will release it at Lawachara National Park after 2-3 days.”

He made a special mention of the volunteer organization Stand for Our Endangered Wildlife (SEW) that helped in rescuing the animal.

Later, as the SEW team failed to contact him they approached the forest department.

In a joint effort of SEW and a six-member group of the forest department, led by Biodiversity Conservation Officer Mirza Mehedi Sarwar and Moulvibazar Sadar Range Officer Golam Sarwar, rescued it from Jewel.

Jewel Dafo said that he called Sajal after a man from his area gave it to him and said he can get a lot of money by selling it.

The locals vowed to help to preserve the biodiversity and refrain from hunting any wild animal.