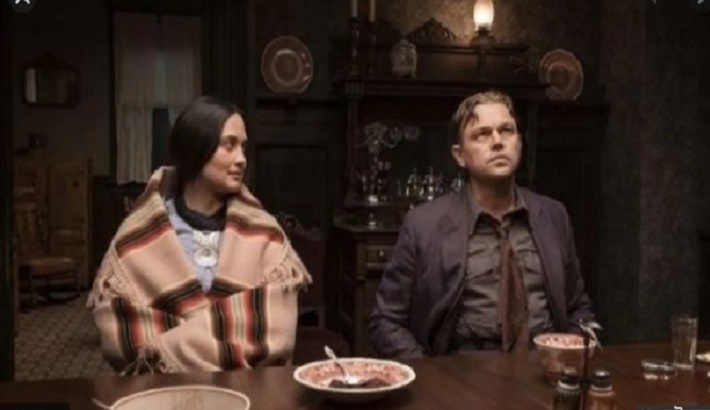 Hollywood actor Leonardo DiCaprio has unveiled his and Lily Gladstone’s first look from Killers of the Flower Moon.
The period thriller movie is directed by Oscar-winning filmmaker Martin Scorsese.

Taking it Instagram, Leonardo shared a picture of both the actors sitting at a dinner table. While Leonardo plays the character of Ernest Buckhart, Lily plays his wife Mollie Burkhart. The movie also stars Robert De Niro in a pivotal role.

However, a New York Post tweet called Leonardo ‘unrecognisable’ in the pictures. Leo looks a little pale in the picture but many could still easily identify him. Twitter users, including celebrities, reacted to it with their post, HT reported.

Guardians of the Galaxy director James Gunn wrote, “He must be the person in the left if he’s unrecognizable because the person on the right looks exactly like Leonardo DiCaprio.”

A Twitter user wrote, “Completely unrecognizable. I can’t tell if Leo is the woman on the left or the one who looks exactly like Leonardo DiCaprio.” Another said, “The only way this comment makes sense is if the person on the left is Leonardo DiCaprio.” A third said, “So the thing that really looks a lot like Dicaprio isn’t Dicaprio? I think he’s one of the salt and pepper shakers. That would be just like him. #LeonardoDiCaprio #unrecognisable.”