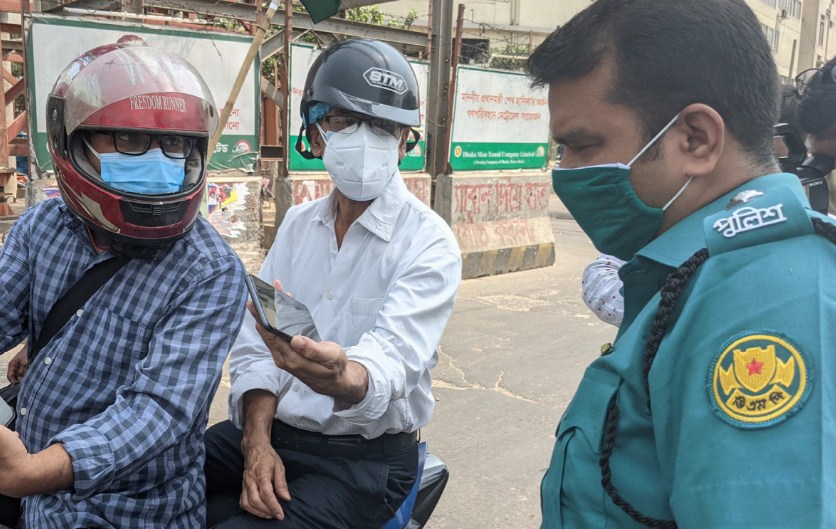 Ongoing strict lockdown across the country will be increased for another phase after May 16, in order to prevent the spread of deadly coronavirus. In addition, police will be given judicial power to make it compulsory to wear 100% mask.
State Minister for Public Administration Farhad Hossain said this on Thursday.
Earlier on Tuesday, the state minister told reporters that the government had a plan to extend the lockdown for one more week because the Indian variant was detected in the country.
In the country, limited scale restrictions were enforced from April 5 to 11 for the first phase to tame the second wave of the Covid-19 pandemic. It was extended till April 13.
Later, a one-week nationwide strict lockdown was enforced from April 14, which was extended later until April 28. It was further extended till May 5. Finally, it was extended till May 16.
2021-05-13
Mr. Admin
Previous: Endangered pangolin rescued in Moulvibazar
Next: Bangladesh records 31 more deaths from Covid-19