Ukrainian bride who fled war for love in India

Last month, as bombs rained down on Ukraine’s capital Kyiv, Anna Horodetska locked up her rented apartment and fled to India, carrying just a couple of T-shirts and a coffee machine – a wedding present from her grandmother.

When the 30-year-old, who worked in an IT company, arrived at the Delhi airport on 17 March, she was welcomed by Anubhav Bhasin, the 33-year-old lawyer she’d been dating for just over a year, reports BBC.

As drummers beat out celebratory tunes, Anubhav went down on one knee and proposed to her and placed a ring on her finger when she said yes.

On Sunday, the couple were married in an intimate ceremony in the Indian capital. Later this month, they will register their wedding in court to make it legally valid. Anna’s one-year visa states the purpose of her India visit is to “marry Anubhav Bhasin”.

The couple met in August 2019 by chance in a bar while she was on a solo trip to India. They exchanged numbers, followed each other on Instagram, and the rest, as they say, is history.

Their relationship took shape over different continents separated by geography, meeting plans disrupted by the pandemic, quarantine rules and flight restrictions, and finally the Russian invasion of Anna’s homeland.

In march 2020, Anna visited India again along with a girlfriend and Anubhav took them on a road trip to Agra – to see the Taj Mahal, the monument of love – and the desert state of Rajasthan.

As India went into a sudden lockdown, he invited them to stay at his family home in Delhi.

“It was during that time that we grew very close, we realised we liked each other. We now knew this was more than a fling. After she returned to Kyiv, we kept in touch through daily video calls,” he says.

Their next meeting in February 2021 in Dubai, he adds, was “a pivotal moment in our relationship when we realised that we had to find a way to take it forward”.

Things moved fast after that – in August he visited her in Kyiv and in December she came back to India.

“On the last day of my visit, Anubhav’s mother suggested we get married in March. We were discussing marriage at some point but it was surprising that it had come so soon. But I thought why not just go for it,” says Anna.

Anubhav is Hindu and Anna is Christian, so their wedding would have to be registered in court under a special law and the formalities could take more than a month, says Anubhav.

So the couple decided that she would come to India at March-end to start the process and move to India for good a few months later.

But then came the war.

“We knew that diplomacy had failed but we still thought war could be averted,” says Anna. “Many of us also believed that the attacks would be concentrated on the border and that Kyiv would be safe.

“But on 24 February, I woke up to the sound of bombing and my first thought was, “Am I dreaming?” Then I saw messages from Anubhav and others confirming that we were under attack,” she adds.

Many of the people she knew started packing their belongings and friends advised her to do the same.

As shelling intensified, the next day she moved to a bunker with her mother and her dog.

“It was filled with people. There was a curfew and we weren’t allowed to leave the bunker but I had to go out to breathe and walk the dog. The city was filled with the smell of smoke and the sky was so red,” she says.

Days before Russia started bombing Ukraine, Anubhav had been asking her to leave because he felt war was imminent, but Anna was reluctant to leave without her dog.

But on the morning of 26 February, when she decided to leave, Anubhav tried to dissuade her.

“By then, things had become really bad,” he says. “There was frequent shelling and the train station was far away and there were no taxis to take them. I was scared that she would be out on the street and there was a lot that could go wrong. So I told her it would be safer to stay in the bunker.”

But the next morning, she found a taxi and managed to reach the station. After putting her mother and her dog on a train to her grandmother’s village, she boarded a train to Lviv on the western border.

The trip out of Ukraine took her first to Slovakia, then to Poland – where she waited for two weeks while Anubhav worked with the Indian embassy to organise her visa – and finally to Helsinki, in Finland, for her flight to Delhi.

“I couldn’t sleep a wink on the flight. I was stressed out. Even though we weren’t flying over the conflict zone, I was worried that the plane might get hit by a rogue missile and we would crash.”

On the morning of 17 March when she landed in Delhi, there was a text waiting for her from Anubhav – it said he was running a bit late.

“I was super annoyed,” she told me. “I was exhausted. I just wanted to go home and sleep. But when I came out, he was there with music and balloons.”

As a dozen of Anubhav’s friends cheered, many strangers joined in clapping and filming a scene that seemed straight out of a Hollywood romance.

“I had not expected this because Anubhav is generally a very practical person, but it was a pleasant surprise for sure,” says Anna.

As the couple now get married and start a new life together, Anna says once the war is over, she will return to Kyiv “to wrap up things and pick up my dog”.

In their heart-warming love story though, they say, the “real hero” is the coffee machine.

“A few months back when I told my grandmother about my wedding plans, she gave me some money for a present,” says Anna. “Since Anubhav loves his espressos, I decided to buy us a coffee machine. And when I left Kyiv, I had to bring it with me. Anubhav was saying don’t bother, we’ll get one here, but in my head I was thinking if I couldn’t go home soon, then what would happen?”

Adds Anubhav: “Anna is a trained make-up artist but she left behind her really expensive make-up to bring this coffee machine here. I think this machine is the real hero of our love story.” 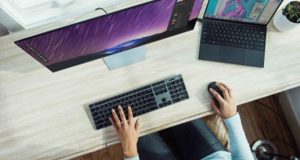 Key to healthier employees might be quieter or louder office space: Study 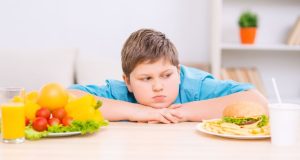 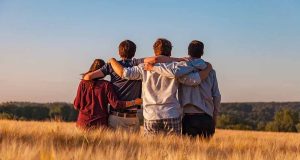 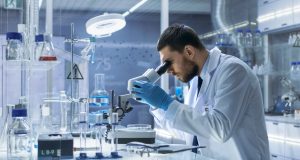