Twitter is reconsidering Elon Musk’s buyout proposal, with discussions between the two camps ongoing Sunday, The Wall Street Journal reported, after the billionaire said Thursday he had secured the necessary funding.

“Twitter is taking a fresh look at the offer and is more likely than before to seek to negotiate,” the business daily reported, citing sources familiar with the matter.

Tesla CEO Musk said Thursday he had secured close to $46.5 billion to finance the transaction, but also that he planned to appeal directly the company’s shareholders as he looks to take over the social media platform.

The Twitter board of directors had been opposed to the proposal, lining up a “poison pill” clause that would make it harder for Musk to acquire more than 15 percent of the company via the market. He currently owns 9.2 percent of shares.

“The potential turnabout on Twitter’s part comes after Mr. Musk met privately Friday with several shareholders of the company,” the Journal reported.

Musk “pledged to solve the free-speech issues he sees as plaguing the platform and the country more broadly, whether his bid succeeds or not,” the sources added, according to the Journal.

Musk has previously cited concerns over freedom of speech as motivation for buying the platform, though free-speech experts have pointed to Musk’s unpredictable statements and history of bullying critics as contradictory to his stated aims.

He “made his pitch to select shareholders in a series of video calls, with a focus on actively managed funds… in hopes that they could sway the company’s decision,” the sources told the Journal.

The polarizing billionaire said last week he was considering bypassing Twitter’s board of directors in his takeover bid by purchasing shares directly from existing shareholders, “but has not determined whether to do so at this time,” according to a securities filing released Thursday.

The Journal said Twitter could make an announcement on the matter by Thursday or even before, according to these sources.

Musk has apparently recently told Twitter chairman Bret Taylor his original April 14 offer of $54.20 per share has not changed, the daily added.

Twitter had previously invited Musk to join its board of directors, but the SpaceX head declined. 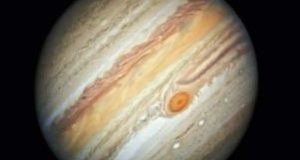