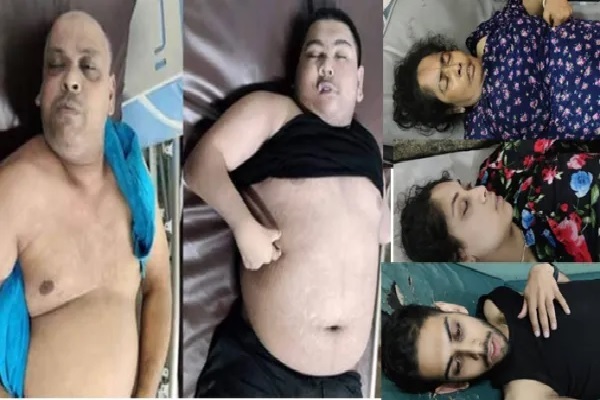 A British expatriate, who was found unconscious along with her four family members in their rented house in Osmaninagar upazila of Sylhet district on July 26, died at a hospital early Thursday.

The deceased was identified as Samira Islam, daughter of Rafiqul Islam.

Rafiqul, 50, a UK expatriate and his son Mahiqul Islam, 16, died at the same hospital on July 26 after they were found unconscious with three more family members.

SM Main Uddin, officer-in-charge of Osmaninagar Police Station, said Samira had been undergoing treatment in the intensive care unit (ICU) of Sylhet MAG Osmani Medical College and Hospital (SOMCH), where she died around 1.20am early Thursday.

On July 25, the five — Rafiqul, Mahiqul, Samira, Rafiqul’s wife Husnara Begum, 45, and son Sadiqul Islam, 25 — were found unconscious inside the house in Tajpur of Osmaninagar upazila. All of them were taken to SOMCH that day.

Of them, Husnara and Sadiqul were discharged from the hospital after recovery on Wednesday (August 3).

“Samira’s kidney and liver remained dysfunctional due to poisoning and she remained unconscious while undergoing treatment at the hospital,” said Dr Gaffar, deputy director of SOMCH. “A medical board was formed for providing treatment to Samira.”

Sajjad Ahmad, brother-in-law of Rafiqul, said Rafiqul had come to the country with his family on July 12 for the treatment of his son Sadiqul. After staying in Dhaka for six days, Rafiqul rented the house in Tajpur of the upazila on July 18.

Additional superintendent of Sylhet Police MD Lutfar Rahman said they rescued the five people in unconscious condition from the house on Mangalchandi road in Tajpur Bazar around 11.30 am after receiving a call from the National Emergency Service 999 the following day.

Police suspect that they fell unconscious due to suffocation as the generator was operational for the whole night.

Father-daughter die, 3 of family hurt as car falls into canal in Sylhet