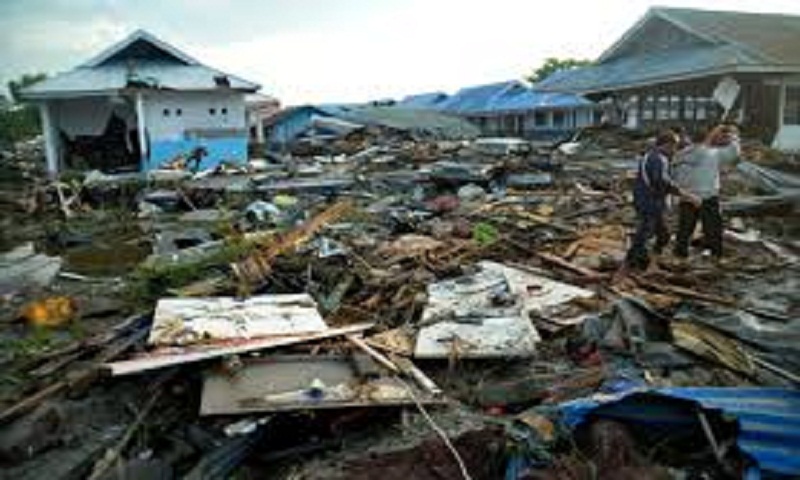 At least 832 people were killed in the devastating earthquake and tsunami that hit the Indonesian island of Sulawesi, the national disaster agency says.
It added that the affected area was bigger than initially thought.

Many people were reported trapped in the rubble of buildings that collapsed in Friday’s 7.5-magnitude earthquake, agency spokesman Sutopo Purwo Nugroho told a news conference.

The quake had triggered tsunami waves as high as 6m (20ft), he added.

Rescuers have been digging by hand in the frantic search for survivors in the Indonesian city of Palu.

There are particular concerns about the town of Donggala, where the impact is still unclear.