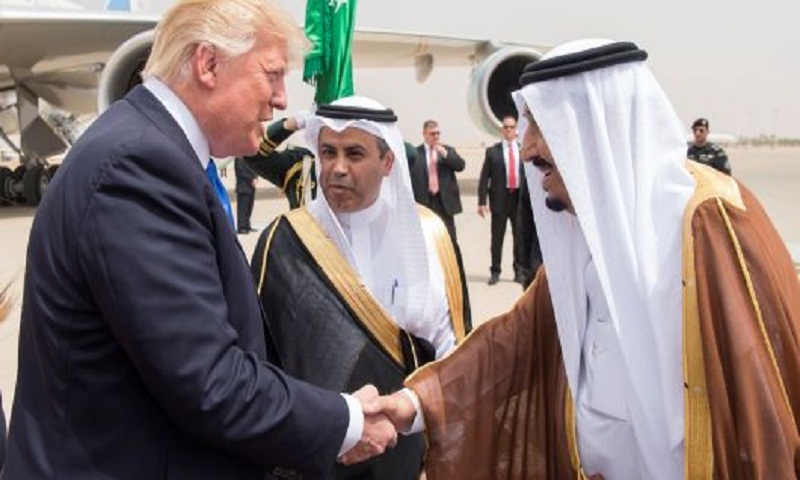 President Donald Trump has discussed global crude oil prices with Saudi King Salman in a telephone call amid the American leader’s call for OPEC to bring down energy prices.
The state-run Saudi Press Agency reported the call late Saturday night, saying “the efforts to maintain supplies to ensure the stability of the oil market and ensure the growth of the global economy” were discussed by the two leaders.

American officials acknowledged the call, but offered no details.

Trump, facing political pressure at home, has been calling on OPEC and American allies like Saudi Arabia to boost their production to lower global crude oil prices.