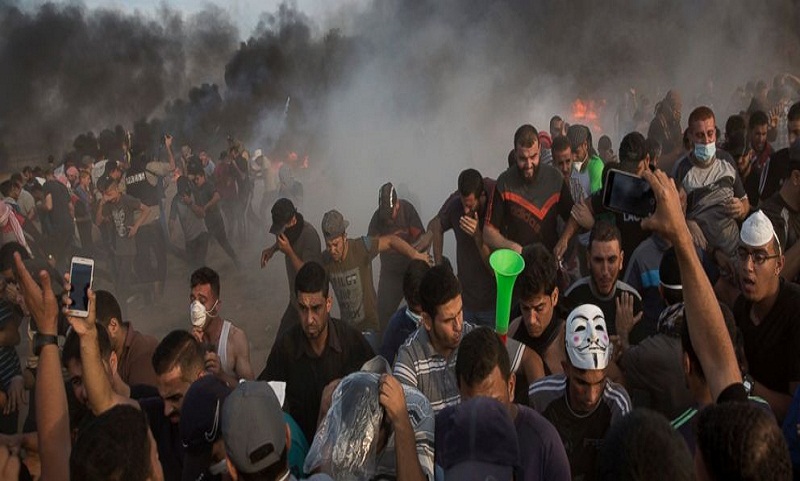 Gaza’s Health Ministry says Israeli forces have shot dead three Palestinians, including a 13-year-old boy, as thousands of people protested along the fence dividing the Gaza Strip and Israel.
The ministry said the boy was struck in the chest, a 24-year-old man was shot in the back and another man, 28, succumbed to his wounds at hospital Friday.

It added that 126 protesters were wounded by live fire.

Responding to calls by Hamas, the Islamic militant group that rules Gaza, thousands of Palestinians thronged five areas along the fence, burning tires, throwing rocks and chanting slogans against a stifling Israeli-Egyptian blockade on the territory.

The Israeli military said about 20,000 protesters participated. They threw explosive devices and grenades toward the troops which used tear gas and live fire to, it added.