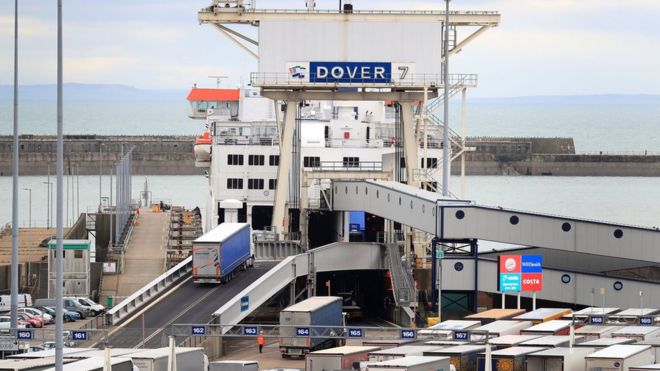 London, Jul 1 : Transport companies are being asked to bid to provide extra freight capacity to be used in the event of a no-deal Brexit on 31 October reports BBC.

The hurried ferry procurement process as the UK prepared to leave the EU on 29 March cost taxpayers more than £85m.

That included £34m in a settlement and legal fees with Eurotunnel – which said it was not considered for the contract.

The government said it would not be committing to buying extra capacity but would have options to do so if needed.

“The Department for Transport is putting in place a freight capacity framework agreement that will provide government departments with the ability to secure freight capacity for our critical supply chains as and when required,” a spokesman said.

“This framework does not commit the government to purchasing or reserving any freight capacity, but it does provide a flexible list of operators and options for the provision of the capacity that can be drawn upon if needed.”

The government had previously awarded Seaborne Freight, DFDS and Brittany Ferries contracts worth more than £100m – all of which were eventually cancelled.

Transport Secretary Chris Grayling faced calls to resign after he was forced to axe a £13.8m contract with Seaborne Freight, a company with no ships or trading history.

All three previous contracts – intended to offer extra capacity and relieve potential congestion at ports like Dover – had been awarded without a full public tender process and prompted legal action from Eurotunnel.

The government also had to pay more than £51m to cancel agreements with DFDS and Brittany Ferries when the UK asked the EU for an extension to the withdrawal process meaning it did not leave as planned on 29 March.

This time, the Department for Transport is pursuing an open process, inviting bids from all “suitably qualified freight operators”.

Andrew Dean, a former government lawyer who is now director of public law at Clifford Chance, said: “The department has played a straight bat, having opted to follow a relatively low-risk procurement approach that is open to suppliers from across the EU and beyond.”

BBC business correspondent Joe Miller said that Eurotunnel would be able to bid this time around, as the notice invites applications “regardless of transport mode”, as long as they offer “roll-on, roll-off capacity” for lorries.

Seaborne Freight confirmed it would not be bidding again, while Britanny Ferries said it would “carefully consider” what capacity it could offer the government.

With eye on 3 SEZs, Japan wants to boost its investment in B’desh