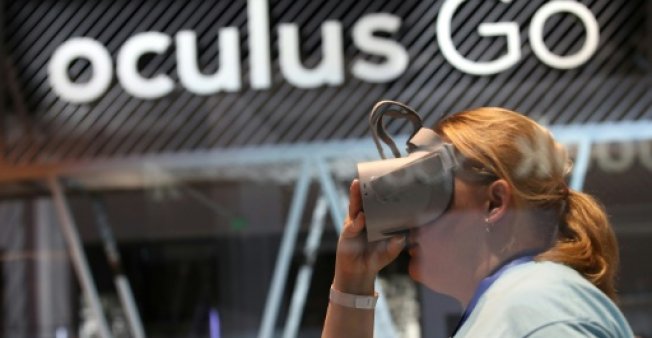 Facebook on Wednesday unveiled an upgraded Oculus virtual reality headset with power to handle the intensive graphics of digital worlds in a wire-free experience.

The new Oculus Quest headset unveiled at the Facebook unit’s developer conference is being aimed at gamers seeking immersion in virtual worlds, with other potential applications likely in the future.

“This is the wireless virtual reality experience we have been waiting for,” Facebook chief executive Mark Zuckerberg said as he unveiled the new hardware and reaffirmed Facebook’s commitment to virtual reality.

The standalone VR headset boasting the same quality experiences as the Oculus Rift but without wires will hit the market early next year at a price of US$399 (RM1,652.46).

Oculus vice president Hugo Barra said Quest combined the capabilities of Rift and the portability of Go, the current headgear in the company’s lineup, with a strong focus on games.

Rift was the first VR gear released by Facebook-owned Oculus, but needs to be plugged into computers powerful enough to handle the graphics rich, immersive nature of digital worlds.

Go is a lightweight portable headset for virtual reality.

In a self-deprecating moment on stage, Zuckerberg recalled setting a goal of getting a billion people into virtual reality after buying Oculus some four years ago in a deal valued then at US$2 billion.

He chuckled along with the audience as he shared a graph showing they were a scant one percent of the way to that goal.

“This isn’t a question of whether we are going to get there, it is how,” Zuckerberg said, while acknowledging the path may be longer than first expected.

He said a speed bump on the road to adoption that Quest was intended to solve was making VR more convenient and portable.

A second challenge, he said, was creating a vast, enticing ecosystem of games, films, meeting spaces and other experiences in virtual reality.

The two-day Connect conference was intended to inspire software makers to help create that ecosystem.

“We are going to make some big leaps in both technology and content,” Zuckerberg told the gathering.

“This is all still early, but this is the basic road map.”

Anshel Sag, analyst at Moor Insights & Strategy, said the could make it easier to get into virtual reality gaming at a reasonable price.

“New  I think this brings console quality gaming and experiences to a price point that previously wasn’t possible,” Sag said.