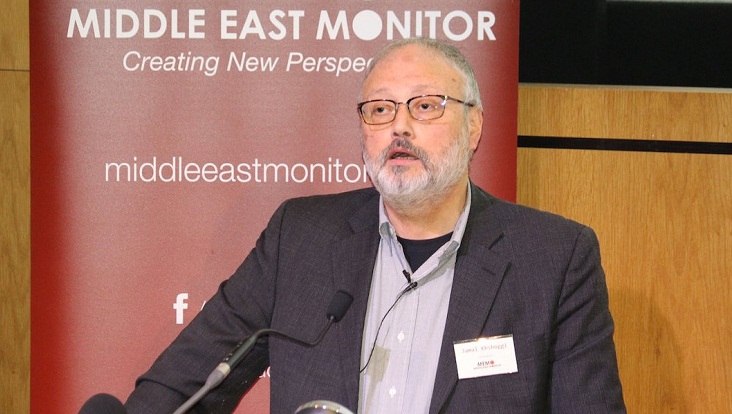 Jamal Khashoggi entered the Saudi consulate in Istanbul last Tuesday and has not been seen since.

Saudi Arabia’s Crown Prince Mohammed bin Salman is facing a backlash over the disappearance of journalist Jamal Khashoggi from business and media previously supportive of his reform drive, with partnerships at risk and big names boycotting a major conference this month.

The crown prince, the son of King Salman, has spearheaded an ambitious programme known as Vision 2030, aiming to make the oil-rich conservative kingdom a hub for global innovation and better able to respond to the demands of its increasingly youthful population.

Despite enduring criticism of Saudi’s human rights record and its role in the war in Yemen, business chiefs, investors and prominent media figures have been impressed by the crown prince’s rhetoric and backed his vision of a new Saudi Arabia.

The showcase of this international support was set to be on October 23-25 at the Future Investment Initiative in Riyadh, a lavish conference to be attended by top foreign business leaders and dubbed the “Davos in the Desert” after the World Economic Forum in the Swiss resort.

But the disappearance of Khashoggi — who has not been seen since he walked into the Saudi consulate in Istanbul on October 2 — has given chills even to those who strongly supported Mohammed bin Salman’s plans.

Turkish officials have said they believe Khashoggi — a contributor to the Washington Post who has on occasion penned articles critical of Mohammed bin Salman — was killed inside the consulate. Saudi Arabia has strongly denied this but has failed to explain the journalist’s fate.

– ‘Change ability to do business’ –

Charismatic British entrepreneur Richard Branson, the founder of the Virgin Group, announced he is suspending two directorships linked to tourism projects in Saudi Arabia around the Red Sea due to the unexplained disappearance of Khashoggi.

Branson said he had “high hopes” for Saudi Arabia under the crown prince but added if the claims about Khashoggi’s disappearance were true it would “clearly change the ability of any of us in the West to do business with the Saudi government.”

He added Virgin would suspend discussions with Saudi Arabia over a proposed investment in Virgin Galactic, which is set to carry out its first space flight within weeks.

Meanwhile the Future Investment Initiative has seen a litany of cancellations from prominent names who decided it best not to be associated with Saudi Arabia at this time.

The CEO of ride-hailing app Uber, Dara Khosrowshahi, said that he will no longer be attending the event unless “a substantially different set of facts emerges”, explaining he was “very troubled by the reports”.

His absence will be hugely symbolic as Saudi Arabia’s mammoth sovereign wealth fund, the Public Investment Fund (PIF), invested $3.5 billion in Uber in 2016.

An increasingly key player, the PIF also has a stake in Tesla, the electric car company headed by Elon Musk while also taking a shareholding in its rival Lucid.

However, US President Donald Trump underlined in comments which outraged supporters of Khashoggi that there would be limits to any backlash, saying he was not minded to limit arms sales to the key American ally.

“They are spending $110 billion on military equipment and on things that create jobs,” Trump said Thursday. The Saudis will “take that money and spend it in Russia or China or someplace else,” he warned.

Media organisations, some of whose writers played some part in cheering the reforms of Mohammed bin Salman, are also deserting the Riyadh event, with the New York Times pulling out as a sponsor and Viacom CEO Bob Bakish cancelling plans to appear.

Meanwhile celebrity journalists who were invited are also staying away. New York Times columnist Andrew Ross Sorkin said on Twitter he would not be attending after being “terribly distressed by the disappearance of journalist Jamal Khashoggi and reports of his murder.”

The ambiance is set to be a far cry from the first edition of the meeting in 2017, where Saudi Arabia wowed some 3,500 executives with talking robots and plans for a new city.

The tensions also create new doubts about the much-heralded IPO of state oil giant Aramco, expected to be the largest share offering in history, and which the crown prince has insisted will go ahead by early 2021.

But not all big names are staying away so far. German industrial giant Siemens, whose chief executive Joe Kaeser is invited, told AFP it had not cancelled its participation but was following the situation closely.