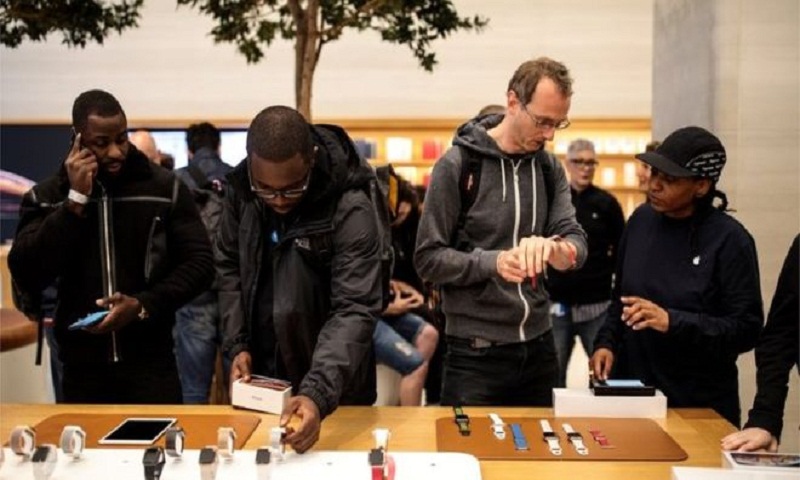 Apple is adding 300 computer chip engineers to its team after striking a deal to hire them from one of its British suppliers.
It is paying Dialog Semiconductor $300m (£227m) for the acquisition, which also includes some of the Reading-based company’s patents and facilities.

Apple has long used Dialog’s products to monitor and control power consumption in its iPhones and iPads.

The deal represents one of Apple’s biggest takeovers in headcount terms.

“Dialog has deep expertise in chip development and we are thrilled to have this talented group of engineers who have long supported our products now working directly for Apple,” said the handset-maker’s hardware technologies chief Johny Srouji.

Staff involved are based in:

The Californian company already designs its own computer processing units (CPUs) and last year announced it was ending a partnership with another UK company, Imagination Technologies, to create its own in-house graphics processing units (GPUs) too.

Last November, rumours emerged that Apple also planned to phase out use of Dialog’s components, causing the supplier’s shares to tumble 20%.

However, those fears appear to have been overstated since Apple has also announced it has pre-paid Dialog a further $300m to secure products from it over the next three years.

One expert noted that Apple had a reputation for liking to be in control.

“In the industry this kind of move is known as being more vertically integrated,” said Ian Cutress, senior editor at the engineering-focused news site AnandTech.

“It’s something that’s already true of Samsung and its smartphones – for example it also makes its own displays.

“The benefits for Apple having full control at the component level should be lower overheads and therefore reduced costs.

“But a downside could be there’s less fallback if something goes wrong.”

Dialog said it expected the deal would be completed within the first six months of 2019.

The firm’s chief executive told the BBC that he hoped his company’s relationship with Apple would continue beyond 2021, but that the arrangement gave Dialog time to become less dependant on the US tech giant.

“For us to change in any other way would be more painful,” said Dr Jalal Bagherli.

“They wanted to create their own solutions in-house. And we could accelerate that, but in the process monetise some of our intellectual property assets and also find a home for many of our employees in a good company – I think it’s a win-win situation.”

Despite all this, Dr Bagherli said the industry was still “very healthy”.

“The level of education and expertise in silicon and semiconductor design is high,” he explained.

“This is why you have a high demand from overseas for this talent.

“I think it’s something we can invest in more in this country because there’s clearly demand from abroad to access this.

“For every purchase, that money can be released back into the economy to invest more in the sector.”

Dialog’s shares were trading about 24% above their opening price by mid-afternoon.