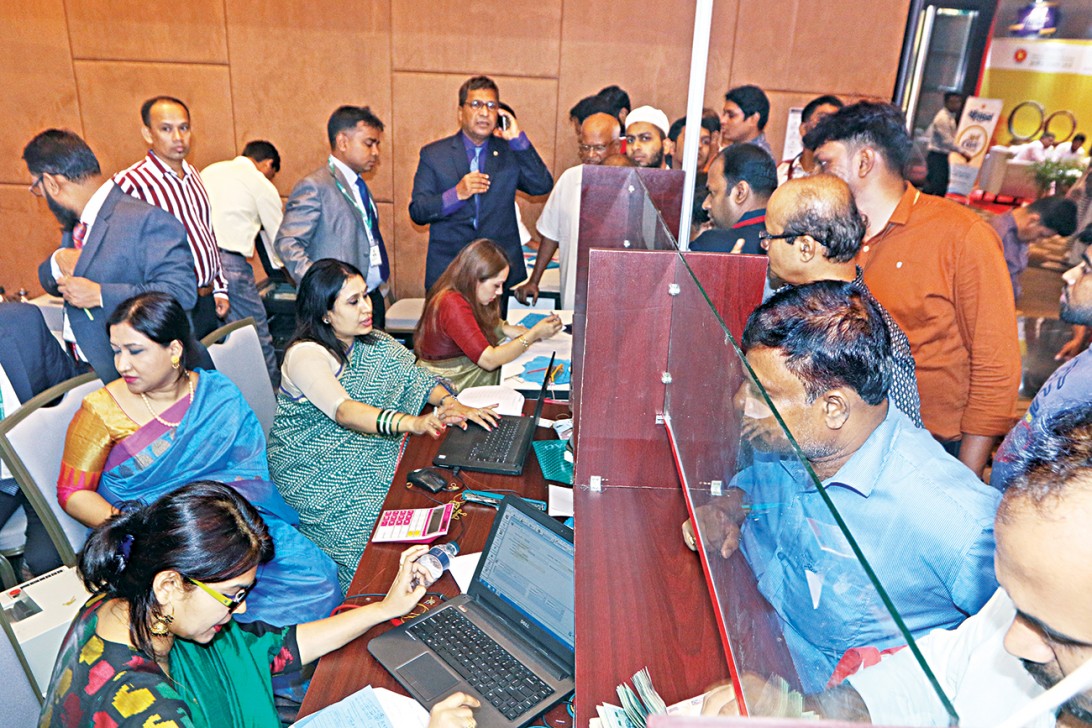 National Board of Revenue (NBR) has collected around Taka 130 crore as revenue from ‘Gold Tax Fair’ held in all divisional cities, including Dhaka and Chattogram.
In the fairs, jewelers legalized about 13 lakh bhori undisclosed stocks of gold and 1000 carat diamond and 500 Bhori silver.

NBR and Bangladesh Jewelers Samity (BAJUS) jointly organised the fair for the first time to allow jewellers and traders to disclose the stocks of precious metals to taxmen.NBR Chairman Md Mosharraf Hossain Bhuiyan inaugurated the fair at the InterContinental Hotel in the city on Sunday.

NBR and BAJUS organised the fair for three days in Dhaka and Chattogram cities while two days for other divisional cities.

Talking to BSS, convener of the Gold Tax Fair and NBR Member (Income Tax Policy) Kannon Kumar Roy said NBR has got huge responses from the business community during the fair though it was held for the first time in the country.

Around Taka 101 crore was collected from Dhaka, Taka 10.31 crore from Chattogram and the rest of the amount came from other divisional cities.

According to the NBR, traders and goldsmiths can legalise undeclared and stocked gold and gold ornaments by paying Taka 1,000 as tax per bhori.

For cut and polished diamond, the rate is Taka 6,000 per carat. In case of silver, jewellers have to pay Taka 50 per bhori.Though the fair is over, gold traders can legalize their gold from tax zones till June 30.