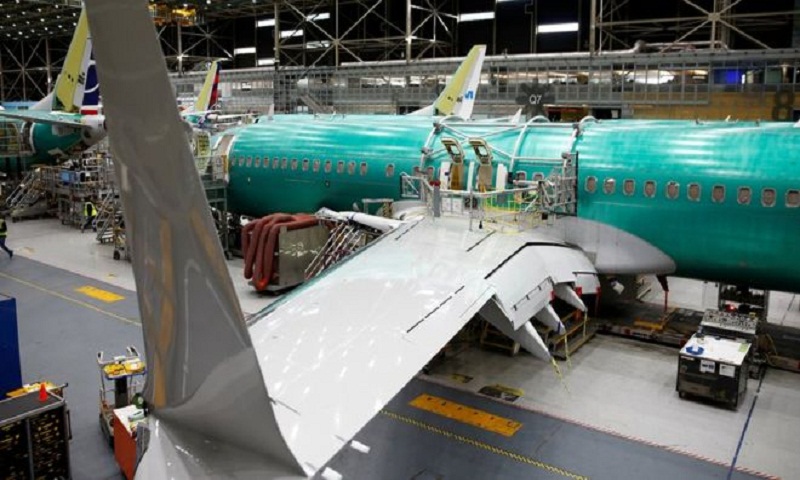 US regulators have uncovered a possible new flaw in Boeing’s troubled 737 Max aircraft that is likely to push back test flights.
The Federal Aviation Administration (FAA) said it identified the “potential risk” during simulator tests, but did not reveal specific details.

Boeing’s top-selling aircraft was grounded in March after two crashes.The company is upgrading the aircraft’s anti-stall software, which is the focus of crash investigators.

In a tweet, the FAA said: “On the most recent issue, the FAA’s process is designed to discover and highlight potential risks. The FAA recently found a potential risk that Boeing must mitigate.”

Last month, the FAA indicated that approval of Boeing’s changes to the 737 Max could come in late June. That would have allowed test flights in early July.

There were initial hopes among airlines that the 737 Max would be back in the air during the summer, but that timetable was pushed back to late this year even before the latest news.

Reuters, which first reported the new issue, said during an FAA pilot simulation in which the stall-prevention system was activated, it took longer than expected to recover the aircraft.

Other sources said the problem was linked to the aircraft’s computing power and whether the processor lacked enough capacity to keep up.Boeing said “we are working closely with the FAA to safely return the Max to service” and that it believed a software fix would address the problem.

But the FAA will be looking into whether it is a hardware issue.

If regulators are unsatisfied with the software fix, the microprocessor unit would have to be replaced and the grounding could stretch on for months longer than previously thought.

The loss of Ethiopian flight ET302 in March was the second fatal accident involving a 737 Max in the space of five months. A near identical aircraft, owned by the Indonesian carrier Lion Air, went down in the sea off Jakarta in October 2018.

Preliminary reports into both accidents have suggested that they were triggered by a flight control system deploying at the wrong time, due to a faulty sensor.

The FAA has been criticised for its lack of oversight and the certification process that cleared the Max to fly.

Earlier this month, Captain Chesley Sullenberger, whose landing of a crippled aircraft on New York’s Hudson River was turned into a Hollywood film, told a Congressional hearing into the 737 Max that the “crashes are demonstrable evidence that our current system of design and certification has failed us”.