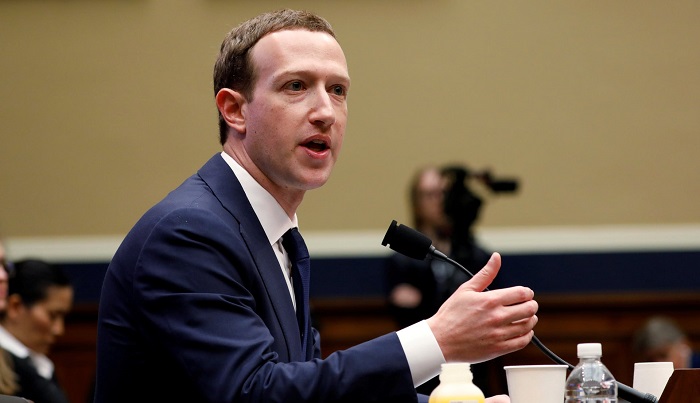 The US Federal Trade Commission has reportedly voted to approve fining Facebook roughly $5bn to settle an investigation into the company’s privacy violations that was launched following the Cambridge Analytica revelations.
The Wall Street Journal and the Washington Post, both citing anonymous sources familiar with the matter, reported Friday afternoon that the settlement was approved by a 3-2 vote that broke along party lines, with Republicans in favor and Democrats opposed. The justice department is expected make a final approval of the fine.

The FTC’s investigation was launched in March 2018 after the Guardian revealed that the political consultancy Cambridge Analytica had improperly obtained the private information of more than 50m Facebook users. Facebook had agreed under a 2012 consent decree stemming from a previous FTC investigation into privacy concerns to better protect user privacy. The investigation centered on whether this decree had been violated.The $5bn fine would be the largest ever levied by the FTC against a technology company, and the largest ever against any company for a privacy violation. It is at the upper limit of what Facebook said that it was expecting when it disclosed in April 2019 that it was nearing the end of negotiations with the FTC and expected a fine of between $3bn and $5bn.

As part of the agreement, Facebook will now reexamine the ways it handles user data, but the settlement will not restrict the company’s ability to share data with third parties, reports said.

Critics say the changes required of Facebook are not substantial enough, and the fine will hardly make a dent in Facebook’s bank account. The company had more than $15bn in revenue in the first three months of 2019.

“This isn’t a fine, it’s a favor to Facebook, a parking ticket which will clear them to conduct more illegal and invasive surveillance,” said Matt Stoller, a fellow at the Open Markets Institute who specializes in monopoly power. “Congress should start defunding the FTC and move the money to state enforcers like Karl Racine who believe in enforcing the law,” he added, referring to the attorney general of Washington DC, who is currently pursuing a lawsuit against Facebook over the Cambridge Analytica case.

Investors appeared to agree, and Facebook’s stock price jumped more than 1% when the news broke just before trading closed for the weekend.

David Cicilline, the Democratic congressman who chairs the House subcommittee on antitrust issues, reacted to the news on Twitter, saying: “The FTC just gave Facebook a Christmas present five months early. It’s very disappointing that such an enormously powerful company that engaged in such serious misconduct is getting a slap on the wrist.”Cicilline will have an opportunity to express his concerns directly to a Facebook executive on Tuesday, when representatives of major Silicon Valley tech companies are set to testify at a hearing of the antitrust subcommittee. The hearing and fine come as Facebook faces increased scrutiny over antitrust concerns and its privacy practices. Senator Ron Wyden of Oregon said the fine shows Facebook’s size makes it difficult to hold accountable.

“This reported fine is a mosquito bite to a corporation the size of Facebook,” he said. “And I fear it will let Facebook off the hook for more recent abuses of Americans’ data that may not have been factored in to this inadequate settlement. The only way to assure Americans that our private data will be protected is to pass a strong privacy bill, like the one I plan to introduce in the coming weeks.”

The company is expected to come up against more regulatory challenges as it seeks to launch its new cryptocurrency Libra in 2020. On Thursday, Donald Trump tweeted Libra “will have little standing or dependability”. The House financial services committee is holding a panel on 17 July on Facebook’s plans for Libra.

“Given Facebook’s repeated privacy violations, it is clear that fundamental structural reforms are required,” Senator Mark R Warner of Virginia said. “With the FTC either unable or unwilling to put in place reasonable guardrails to ensure that user privacy and data are protected, it’s time for Congress to act.”

Bangladesh to link with 3rd submarine cable next June