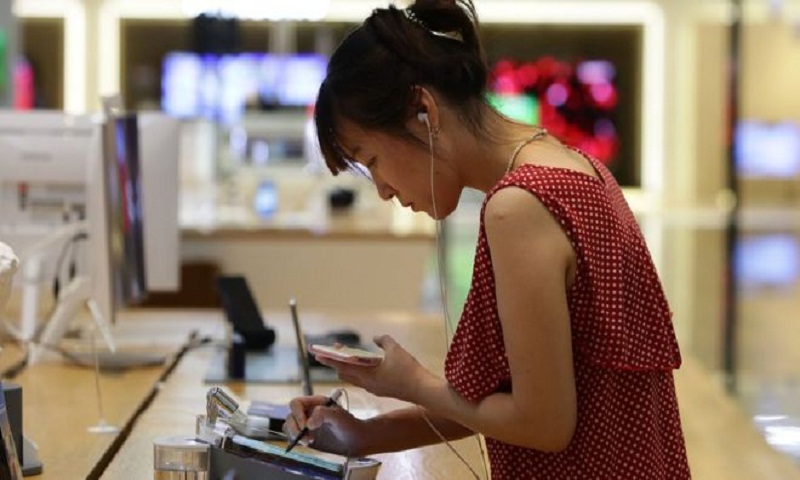 Samsung Electronics expects to post record operating profit in the third quarter, helped by strong demand for its memory chips.
The South Korean electronics giant is forecasting operating profits of around 17.5 trillion won ($15.5bn; £11.9 bn), up 20.4% from a year ago.

The guidance is above analyst estimates for the period, boosted by its thriving chip business.

The firm expects consolidated sales will reach around 65 trillion won in the three months to September, up 4.8% on last year. Shares were steady following the guidance update.

The South Korean firm has seen earnings surge in recent years largely due to demand for memory chips in mobile devices, but falling prices for some electronic components could hit further earnings growth.

Chips account for nearly 80% of its operating profit, according to Reuters.

It has also confronted some challenges in its mobile unit and in July, Samsung posted lower-than-expected sales of its flagship Galaxy 9 smartphones.

The firm is facing fierce competition from Apple and Chinese rivals, including device maker Huawei, which recently became the second biggest smartphone seller in the world.

A worldwide recall of its Galaxy Note 7 devices over exploding batteries in 2016 cost the company billions of dollars.

Samsung is due to publish a detailed third quarter earnings later this month.