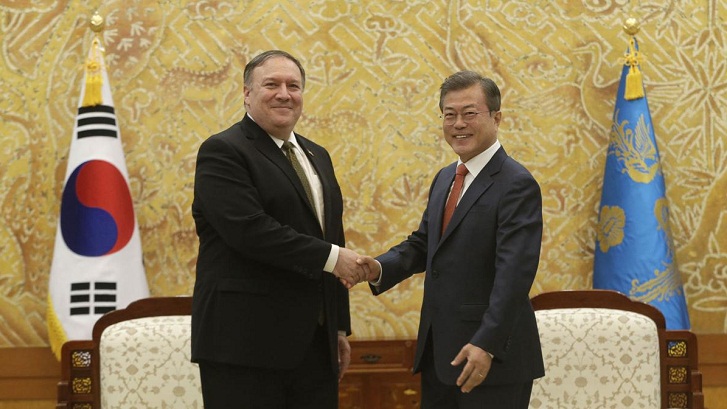 In Washington, President Donald Trump tweeted that he looked forward to meeting Kim again in the near future. The state-run Korean Central News Agency is calling the talks between Pompeo and Kim “productive and wonderful.”

Pompeo spent several hours in Pyongyang on his fourth visit to North Korea, saying Sunday he had a “good trip” and that he and Kim “continue to make progress on agreements made at the Singapore summit.”

Pompeo is on the third stop of a four-leg Asia tour that began in Japan and is scheduled to end in China on Monday.