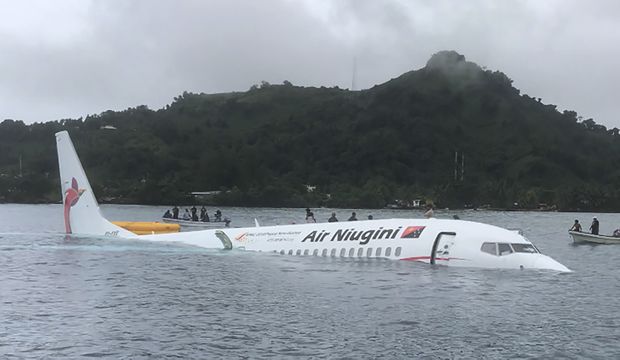 An airline says four passengers remain hospitalized after one of its planes crashed into a Pacific lagoon in Micronesia last week.

Air Niugini said in a statement Monday that the four are in stable condition at a Chuuk island hospital and would soon be taken to Guam for further treatment.

The Papua New Guinea national carrier says the four were among 47 passengers and crew who were evacuated from a sinking Boeing 737 on Friday after Flight PX73 crashed into a lagoon near the Chuuk International Airport runway.

The airline revealed Saturday that one of the passengers hadn’t been accounted for.

An Air Niugini spokeswoman did not immediately respond on Monday to a request for an update on the search for the passenger and for details including his nationality.