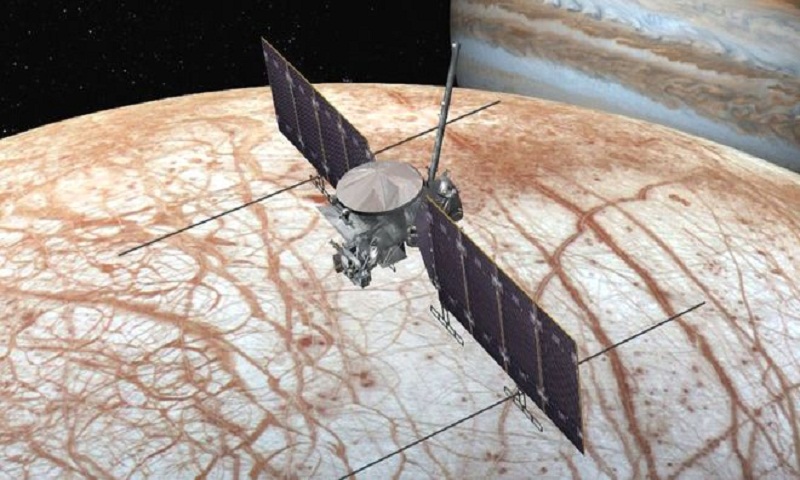 Scientists working on an audacious mission to the ocean world of Europa can proceed with the final design and construction of the spacecraft, Nasa says.
The Europa Clipper mission will target the ice-encrusted moon of Jupiter, which is considered a prime target in the search for life beyond Earth, reports BBC.

Below its icy shell, Europa is thought to hold a 170km-deep body of water.This could have the right conditions for biology.

Due to launch in 2025, the Europa Clipper mission has now passed a stage called Key Decision Point C, a crucial marker on the road to the launch pad.

“We are all excited about the decision that moves the Europa Clipper mission one key step closer to unlocking the mysteries of this ocean world,” said Thomas Zurbuchen, associate administrator for Nasa’s science mission directorate.

Europa Clipper will carry out an in-depth investigation of the watery world, including whether it can support life in its subsurface ocean.

2019-08-21
Mr. Admin
Previous: Monsoon skincare: Retain the youthful glow of your skin with these easy tips
Next: Brick Lane 1978: A major new project being launched in October

5G service will be launched in December: Mustafa Jabbar