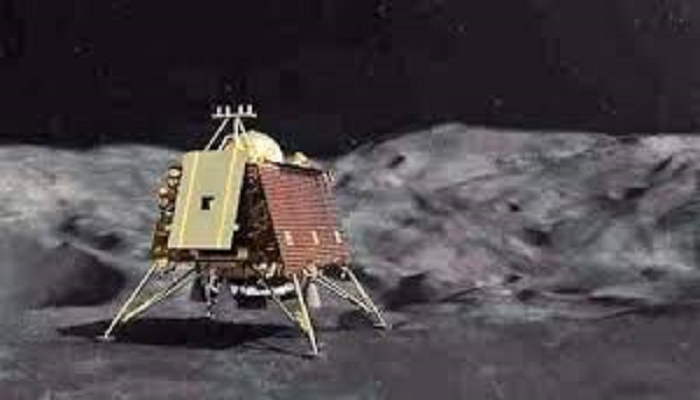 US space agency Nasa has located the lander of Chandrayaan 2 with the help of observation made by an Indian engineer, reports Hindustan Times.
Almost three months after Chandrayaan 2—India’s second mission to moon— went awry in the last 2.1km of its journey.“This image shows the Vikram Lander impact point and associated debris field. Green dots indicate spacecraft debris (confirmed or likely). Blue dots locate disturbed soil, likely where small bits of the spacecraft churned up the regolith.

“S” indicates debris identified by the Indian engineer Shanmuga Subramanian,” said the release from NASA, showing the spots on an image captured by its Lunar Reconnaissance Orbiter (LRO) on November 11.

After 48 days in Earth and lunar orbit, the Vikram lander and Pragyan rover that had been indigenously developed were to soft-land on the lunar surface on September 7.

A successful landing would have made India the fourth country to have landed on moon after the US, the erstwhile USSR, and China.

India would have made India the first country to have landed so close to the lunar South Pole, where scientists suspect there is water ice.