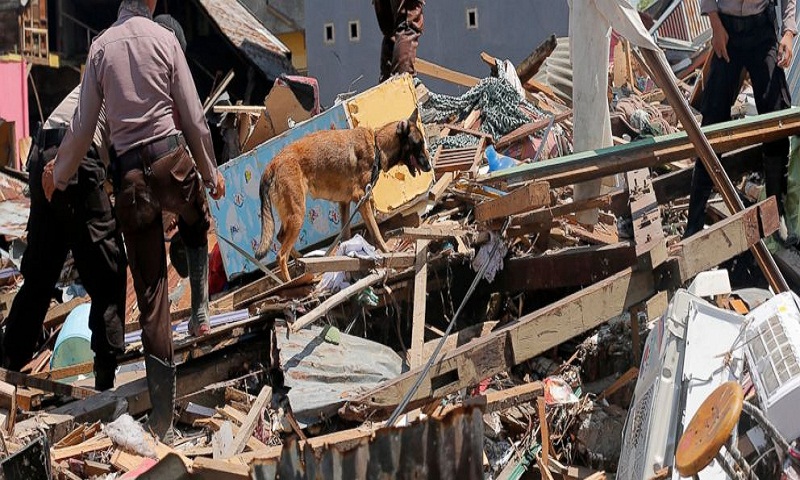 The death toll from an earthquake and tsunami in Indonesia has increased to 1,407.
National disaster agency spokesman Sutopo Purwo Nugroho said in Jakarta on Wednesday afternoon that 519 of the bodies had been buried.

The magnitude 7.5 earthquake and the tsunami it generated devastated the city of Palu and nearby communities in Central Sulawesi province.

Indonesia’s military chief says soldiers and other forces have been deployed to the stricken port city of Palu to guard key infrastructure, fuel depots and the airport and stop any attempts at looting.

Chief Air Marshall Hadi Tjahyanto said Wednesday outside a collapsed hotel in the city that his forces were taking steps to ensure that security will be enforced. He spoke as many of the city and region’s residents scrambled to get food, water and other supplies — with many resorting to taking things from shops and markets.

“Military personnel have been deployed to fuel depots, ATMs, markets and the airport to ensure that economic activities are running. It will give the sense of security to the people so hopefully there will be no more looting,” he said, adding that all supply convoys into the city will be escorted by armed soldiers.