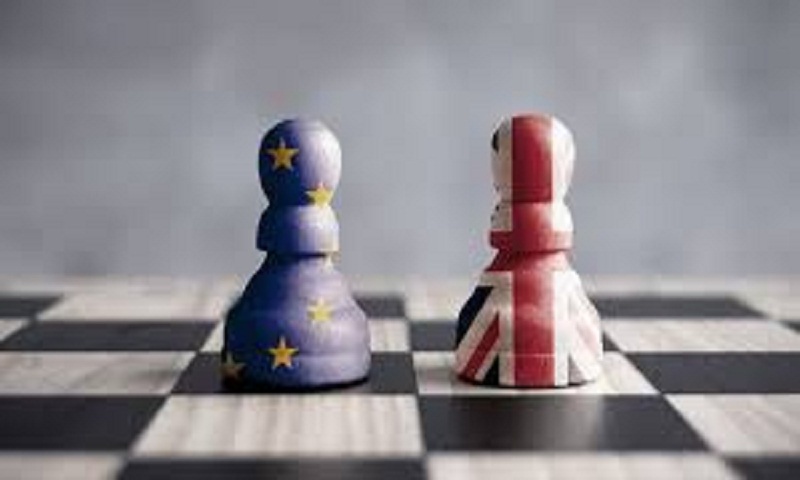 Theresa May will try to rally ministers behind her this morning at the start of a critical 48 hours for Brexit.
On Monday, the PM told MPs an agreement with the EU was “still achievable” despite apparent deadlock over the issue of the Irish border.

EU officials, though, have warned no-deal is “more likely than ever before”.

The clock is ticking down towards a summit of European leaders on Wednesday where it had been hoped a deal could be reached.

a group of Brexit-supporting ministers met in the Commons on Monday night – apparently over pizza – to discuss the way forward, but the BBC has been told that no resignations are imminent

the Austrian foreign minister, along with several senior EU officials, have told the BBC they feel the chances of Wednesday’s summit being “the moment of truth” for Brexit have diminished significantly

The UK is due to leave the EU next March and it had been hoped that on Wednesday, EU leaders would agree that enough progress had been made to call a special Brexit summit in November to finalise and formalise the divorce deal.

However, hopes of that happening were dealt a major blow on Sunday when ministers failed to make anticipated progress on the Irish border problem.

Nevertheless, the prime minister said on Monday that the two sides were not “far apart” and the border issue must not be allowed to derail the entire effort.

She tried to reassure MPs the UK wouldn’t end up in “permanent limbo”, tied to the EU’s customs rules, and did her best to convince Sinn Fein’s leaders that she would not sign up to any deal which created a new border between Northern Ireland and the rest of the UK.

She’ll continue efforts to win senior ministers over at a cabinet meeting on Tuesday morning.

Much of the focus is now on the so-called backstop.

Both the UK and the EU both want to avoid a “hard border” – physical checks or infrastructure between Northern Ireland and Ireland.

Agreeing how that can be done has so far proved impossible and the backstop is the position of last resort – a safety net that will apply if a wider deal or technological solution cannot keep it as frictionless as it is today.

The EU has proposed a backstop that would mean Northern Ireland staying in the customs union, large parts of the single market and the EU VAT system – the UK has rejected this, instead proposing a backstop which would effectively keep the whole of the UK in the EU customs union for a limited period.

They expressed concerns that Mrs May must commit to a hard deadline after which point her time-limited version of the backstop would end.

One source said “it was a general, productive and positive discussion on current state of play with commission and no definitive conclusion.”

Meanwhile, writing in the Daily Telegraph, former foreign secretary Lord Hague said any challenge to the PMs’ authority would be highly damaging at a critical time in the negotiations.

But he also suggested the prime minister needed a fallback plan if her proposal for a temporary backstop was rejected once and for all at Wednesday’s summit.

If this happens, he said, Mrs May should look at the option of retaining the closest possible links with the EU for the first two years after its exit in March, modelled on Norway’s relationship with Brussels.

This, he argued, would honour the referendum commitment to leave key institutions, like the Common Agricultural and Fisheries policies, but minimise disruption to business while the UK negotiated a much looser arrangement based on Canada’s free trade deal with the EU.