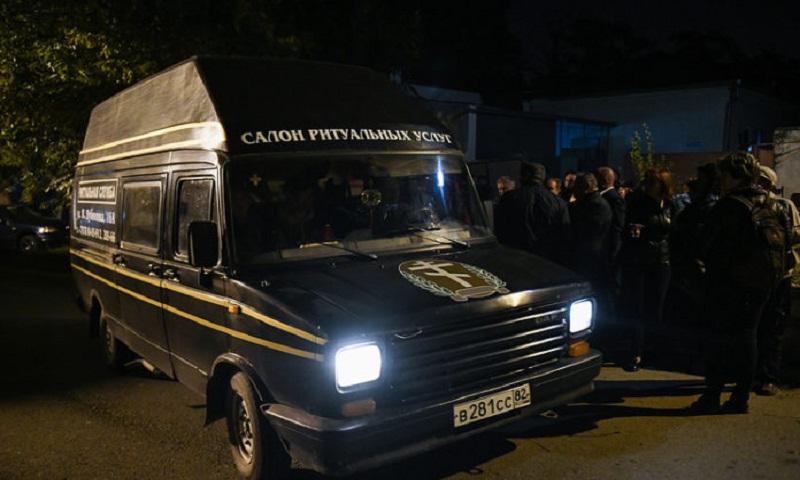 The death toll in the Kerch college shooting has reached 20 people, deputy head of city administration Dilyaver Melgaziyev told TASS today.
“Twenty people died. The last car brought to the morgue the bodies not of three, but four people. They found another body,” he said.

It was earlier reported that 19 people died in the shooting and explosion at the Kerch college, including the attacker who committed suicide. Around 50 people were injured.

On Wednesday, a student opened fire and orchestrated an explosion at the Kerch Polytechnic College in Crimea. He later committed suicide, reports TASS.

The criminal case was initially opened over an act of terrorism, but was later reclassified as murder. A three-day mourning will start in Crimea on Thursday.