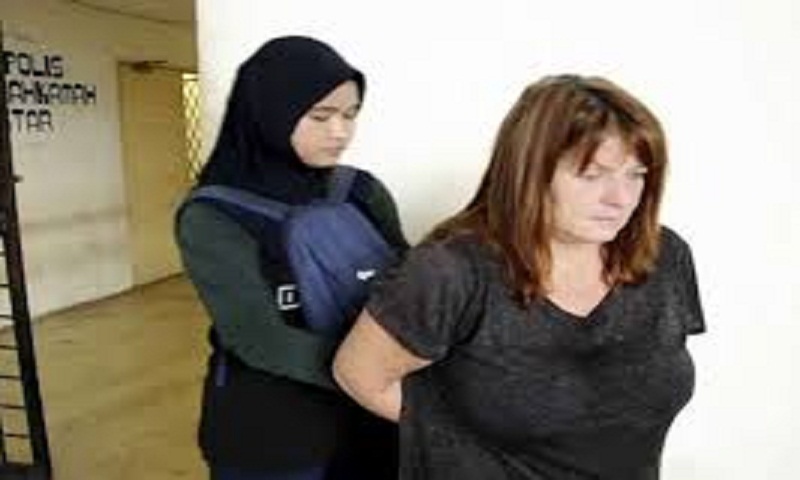 Malaysian police said Friday that a British woman has been detained on the resort island of Langkawi for allegedly stabbing her husband to death.
Langkawi police chief Supt. Mohamad Iqbal Ibrahim said investigators found a 12 inch-long kitchen knife stained with blood in the couple’s home where John William Jones, 62, was found dead Thursday. He said police were called to the scene after Samantha Jones, 51, asked her neighbor to call an ambulance but her husband was pronounced dead by medical officers.

He said a stab wound was found on Jones’ chest and police have classified the case as murder.

“She confessed that she stabbed her husband in the chest during a heated argument but this is still under investigation,” Mohamad Iqbal told The Associated Press by phone. She was taken to court, which allowed her held in remand until Tuesday.

He said that John William Jones was a former firefighter who moved with his wife to the tropical island 11 years ago under Malaysia My Second Home program, which gives foreigners long-staying visas.

Murder carries a mandatory death sentence by hanging but Malaysia’s government recently announced plans to abolish the death penalty for all crimes. It said all executions would be put on hold pending changes to the laws.