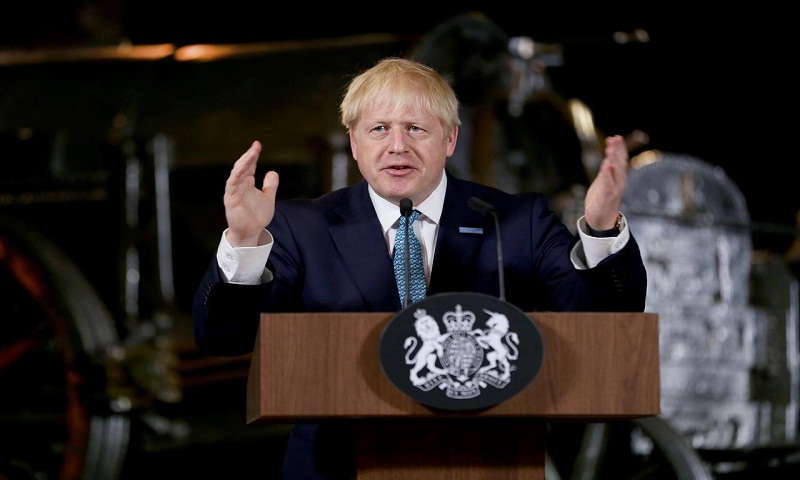 Britain’s new Prime Minister Boris Johnson will be confronted by the most intractable riddle of Brexit on Wednesday when he visits Northern Ireland on a nationwide tour to sell his plan to pull Britain out of the European Union with or without a deal.
A week after he took power, Johnson’s office made no mention of Brexit in a statement overnight announcing plans for his visit to the province, the only part of Britain to share a land border with the rest of the EU.

Plans for the border have become the most contentious issue in Britain’s negotiations with the EU over the terms of its exit. The bloc insists on a “backstop”, an insurance policy to prevent border controls by requiring Britain to obey some EU rules in case both sides fail to agree a later trade deal.Johnson rejects that demand as “undemocratic” and says Britain will leave the EU with no deal at all unless the EU drops it. He says technology can ensure a friction-free border even if Britain adopts separate customs and regulatory rules.

Northern Ireland voted to stay in the European Union in 2006 when the rest of Britain voted to leave. A Northern Irish political party, the Democratic Unionists (DUP), props up the minority government of Johnson’s Conservative Party.