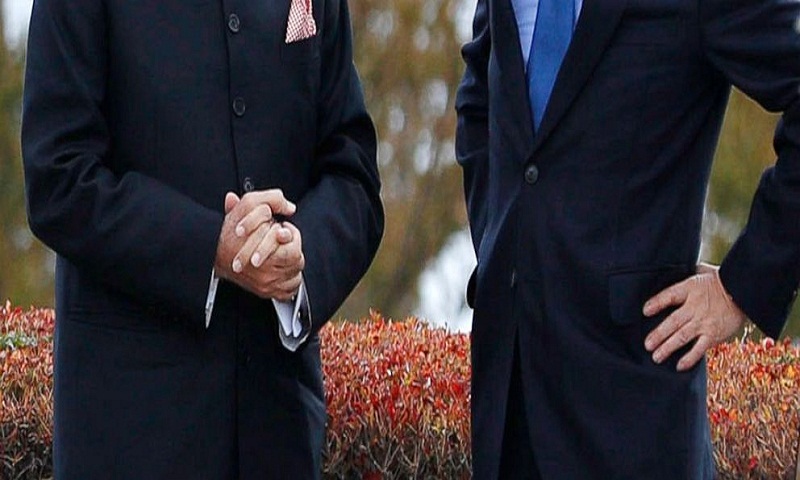 The leaders of Japan and India are reaffirming their ties amid growing worries about trade and regional stability.

Relations with China are a major issue shared by Modi and Abe, as their cooperation may balance China’s growing regional influence and military assertiveness.

“The India-Japan partnership has been fundamentally transformed and it has been strengthened as a ‘special strategic and global partnership,'” Modi told Kyodo News service. “There are no negatives but only opportunities in this relationship which are waiting to be seized.”

Modi chose Japan among the first nations to visit after taking power four years ago. He has been urging countries in the Indo-Pacific region to unite against protectionism and cross-border tensions.

In another sign of closer relations, India and Japan are also set to hold their first joint military exercises involving ground forces, starting next month.

Abe has just returned from China, where he met President Xi Jinping and agreed the two nations were “sharing more common interests and concerns.”

President Donald Trump’s policies that have targeted mostly China with tariffs, but also Japan and other nations, accusing them of unfair trade practices, are working to prod India and Japan to promote their economic ties.

Japan’s investment in India, for example, has room to grow. Japan is helping India build a super-fast railway system.

Abe has made bolstering and opening the nation’s economy central to his policies called “Abenomics,” and has encouraged trade, foreign investment and tourism.

Although Japan has long seen the U.S. as its main ally, especially in defense, Abe is courting other ties. He has also been vocal about free trade, which runs counter to Trump’s moves to raise tariffs.

Earlier this year, Japan signed a landmark deal with the European Union that will eliminate nearly all tariffs on products they trade. European and Japanese leaders pledged to strengthen their partnership in defense, climate change and human exchange, to send what they called a clear message against protectionism.

Abe and Modi will hold a more formal summit Monday in Tokyo.

Money changers can’t profit beyond Tk 1.50 per US dollar: BB