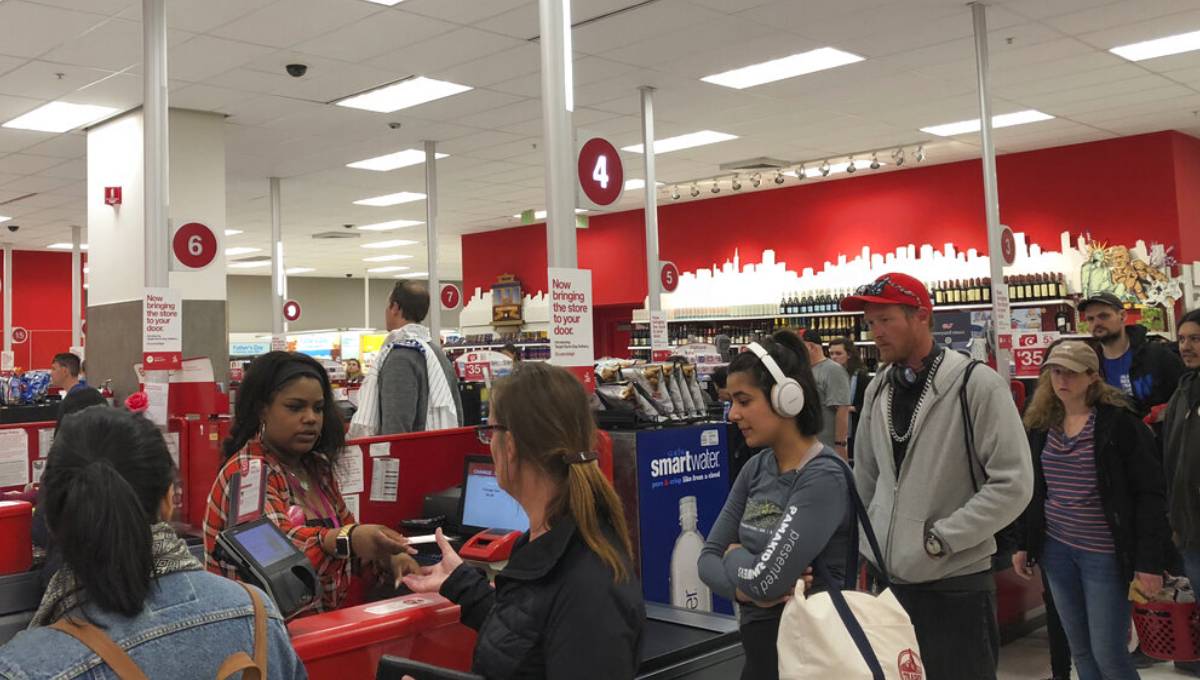 Photo: Customers wait on a long check out line at a Target store in San Francisco on Saturday, June 15, 2019.

Target temporarily closed some of its stores, including one in San Francisco, rather than risk aggravating shoppers.

“Our technology team worked quickly to identify and fix the issue, and we apologize for the inconvenience and frustration this caused for our guests,” Target said in a Saturday statement.

Before the company figured out was wrong, a Target employee was warning customers that they might not be able to check out as they entered a San Francisco store early Saturday afternoon. Sales were being completed after intermittent delays during the half hour an AP reporter observed the lines at the store.

But some shoppers posting on their Twitter accounts Saturday painted a different picture as they vented about excruciatingly long lines but expressed sympathy for the Target employees trying to cope with the situation.

The meltdown hit Target at the worst time for a mass-market merchant, given Saturdays are typically one of the busiest shopping days of the week.

Target has been vexed by technology before, most notably in 2013 when malware installed in its checkout system resulted in a data heist that exposed personal information in more than 40 million credit and debit card accounts. That debacle triggered lawsuits and eventually led to the departure of its CEO, Gregg Steinhafel.

The Minneapolis company said customers caught in up the checkout slowdown have no reason to worry.

“After an initial but thorough review, we can confirm that this was not a data breach or security-related issue, and no guest information was compromised at any time,” Target said.

With eye on 3 SEZs, Japan wants to boost its investment in B’desh

Banks to open from Sunday for limited hours