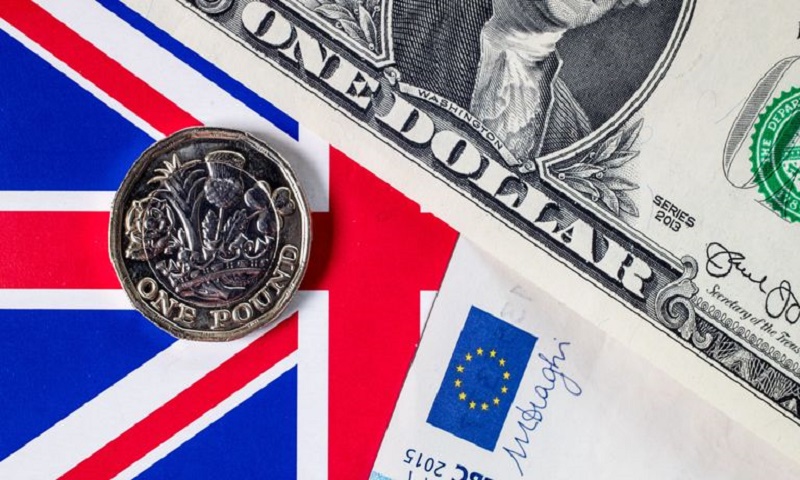 The pound has hit its highest level against the dollar since July amid hopes a no-deal Brexit can be avoided.
Sterling jumped more than 1% on Friday to over $1.24 against the dollar, its highest level in seven weeks, reports BBC.The pound was boosted after a report in the Times said the DUP, Northern Ireland’s largest political party, was prepared to abide by some European rules after Brexit.

However, the DUP swiftly denied the claim.

“It’s short term relief because it looks likely that the Brexit deadline could be extended for a short period of time”, said Lee Hardman, currency economist at Japanese bank MUFG.

The pound has now risen more than 4% over the past eight days, moving higher after parliament passed legislation that would force the government to seek an Article 50 extension and avoid a no-deal Brexit at the end of October.

Mr Hardman said sterling had also been boosted by figures released earlier in the week which showed that the UK grew faster than expected in July, easing recession fears.”The Bank of England cutting interest rates now looks very unlikely. They are more likely to keep rates on hold for the the rest of year,” he said.

Combating COVID-19: How to mobilize your business online