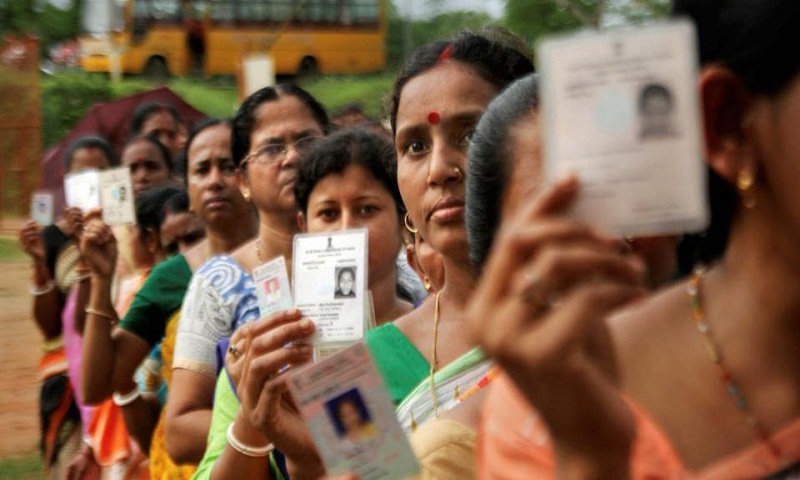 After a bruising campaign that saw Narendra Modi, Rahul Gandhi, Priyanka Gandhi and Arvind Kejriwal taking each other on, electioneering came to an end in Delhi on Friday. On Sunday, 1.4 crore Delhiites are expected to vote for seven Lok Sabha members, reports Times of India.
The campaigning had its usual high and lows, but touched the dregs with the appearance of a document with obscene and extremely derogatory content against a woman candidate of Aam Aadmi Party.

For BJP and Congress, the contest in Delhi is not merely a fight to increase their potential national tally in the Lok Sabha. Congress is desperate for a comeback in the capital after 2013, while BJP wants to register an impressive performance before the 2020 Delhi assembly election. For AAP too, the stakes are high, having fought for four years now for independence of functioning in government. The choices of candidates — like cricketer Gautam Gambhir for BJP, Sheila Dikshit and professional boxer Vijender Singh for Congress — not only give the elections a star rating, but also turn the constituencies into arenas for the clashes of the titans. The issues being contested vary from national security to traffic congestion, from terrorism to employment, from pollution to parking, from sealing to sanitation and from full-fledged statehood for Delhi to Modi’s persona. All classes of the electorate were differently addressed by the parties reaching out to them through multiple ways. AAP started its campaign months before the election was notified, allowing its candidates time in the field to talk about the AAP government’s work in the last four years.Party chief Arvind Kejriwal began his public meetings in support of its candidates long before BJP and Congress. All the while, the possibility of a seat arrangement between AAP and Congress hung in the air, reportedly forcing BJP to delay announcing its candidates.

While Congress sought three of the seven Delhi seats, AAP was ready to concede this provided the grand old party formed an alliance for 18 seats, the seven in Delhi, 10 in Haryana and one in Chandigarh. Congress refused on a tie-up outside of Delhi, and the talks were finally aborted on the last day of filing nominations. Intense political activities began when BJP and Congress named celebrities and heavyweights as candidates, turning the fight into more than just an AAP vs BJP contest. Kejriwal got people like actors Prakash Raj and Swara Bhasker to campaign for AAP, while BJP chief Amit Shah, Union home minister Rajnath Singh, Hema Malini, Sunny Deol and, of course, PM Modi canvassed support for BJP candidates. Congress had its own array in Priyanka Gandhi, Navjot Singh Sidhu, Raj Babbar, Shatrughan Sinha, who recently crossed over to Congress from BJP, etc. AAP butted head early on with BJP, trying to have the candidatures of Gambhir, South Delhi candidate Ramesh Bidhuri and West Delhi nominee Hans Raj Hans cancelled on technicalities. Amid the constant exchange of fire, with Kejriwal even slapped during one of his roadshows, one FIR was lodged against AAP for violation of the model code of conduct, while Congress faced three FIRs and BJP, four. The electioneering reached its crescendo with PM Modi taking on both AAP and Congress and Rahul Gandhi and Priyanka Gandhi Vadra returning fire. While Modi held one rally, there were two rallies by Rahul and two major roadshows by Priyanka, which Congress leaders claimed has turned the tide in Congress’ favour. And as campaigning came to a close, BJP leaders continued to say that the Modi rally indicated how entire Delhi was voting for the saffron party, while AAP remained unmoved in its expectation of romping home with all seven seats.