According to unofficial results of the Sylhet City Corporation (SCC) 7 no word polls, Aftab bagged 3,967 votes while his nearest candidate Jamaat-backed Syed Mohammed Abdullah was trailing far behind with 2,553 in all 8 polling centres.
A total of 5 candidates participated in the election for the posts of councilors of general posts.

Earlier, vote casting started at morning at 8:00am at eight centers and continued till 4:00pm. The Ward became vacant as on December, 2014 former Councilor Nozibur Rahman Niru passed away. 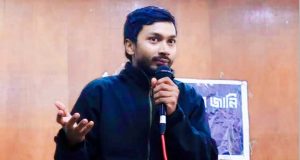